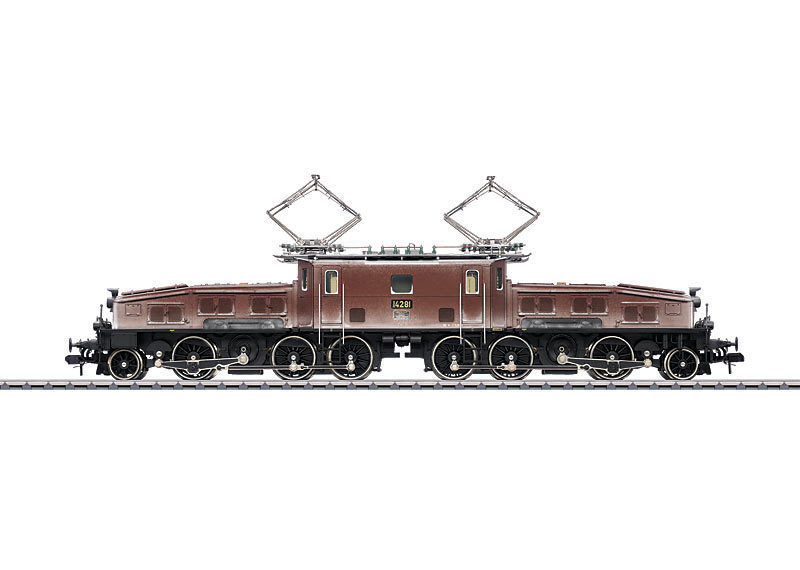 1 gauge, also known as gauge one or gauge 1, is a model railway that was especially popular in the early 20th century across Europe. Its track measures 44.45mm, making it bigger than 0 gauge models but not quite as big as wide gauge.

Although vintage 1 gauge trains use the same track standard as modern G scale, scale modelling wasnt the most important design consideration in 1 gauges heyday. This means that the actual scale and size of the locomotives and carriages varied. However, as a rule, 1 gauge equipment works out to be about 1:32 scale. G scale at 1:22.5 means the 1 gauge track represents 1,000 mm gauge track.

With biggest names like Marklin and Kiss all available, youre sure to find a 1 gauge locomotive to spark your imagination.

Used as display features rather than toys, beautiful brass constructed Marklin models come with AC, DC and digital features. Many include a wooden display plinth as well as models of the driver and fireman. Some also come with accessories like additional headlamps and smoke oil. They do of course come in a huge range of models and styles, each one a must-have for any discerning 1 Gauge locomotive collector.

Just like Marklin ones, Kiss 1 Gauge model railway locomotives come in a large range of models and colours, perfect for anyone who is fascinated by trains from a bygone era. Strong and beautifully intricate, they too are not toys but something to be displayed and viewed. Some are built with sound and lights but all boast the beautiful detail of a scaled-down version of the real thing.

Due to the size of these locomotives, many of the branded and indeed unbranded trains are able to be powered with live steam. For many, this is great as they are less expensive than traditional live steam garden railways. These are usually fired by gas either methylated spirit or gas, although coal is becoming more popular as it gives off that incredible steam locomotive smell.