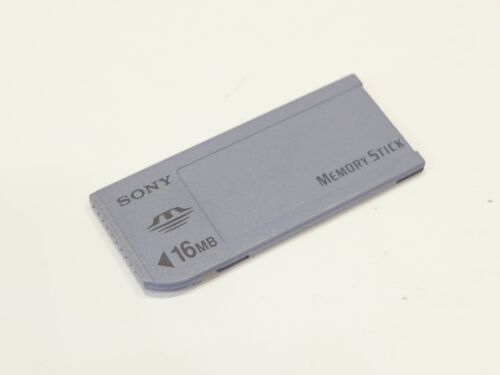 Theres no doubt that memory cards have transformed the way we use, store and share digital files. Over the years, several memory card formats have been launched, some specific to camera makes and models whilst others, especially later ones, are more generic. 16GB camera memory cards offer ample capacity for images and video and fall into four basic form factors.

Launched in 1995, SmartMedia cards were a Toshiba product that became a standard storage option for Olympus and Fuji cameras. Although no longer manufactured, there remains a plentiful supply of 16GB cards available.

CompactFlash cards have endured over time. Fast becoming one of the most popular forms of memory card they are still used in high-end Canon and Nikon cameras today.

A form of flash memory card used by Olympus and Fuji cameras, the xD stands for extreme digital which at the time described write speeds of up to 5MB/s. xD-Picture cards are no longer specified in new cameras but 16GB cards are still readily available for older cameras.

How much can a 16GB camera memory card store?

With an excellent memory to price ratio 16GB camera cards are ideal for the storage of still images and moving pictures. The amount a 16GB card can hold depends on many variables. As an indication, for JPEG (compressed) 5 mega pixel images a 16GB card will hold around 9155 photographs. Uncompressed (RAW) files at 5 megapixels reduces the number to 915. For HD video, expect a 16GB memory card to hold four hours of film although shooting at the lowest resolution can achieve up to 64 hours of recording time.