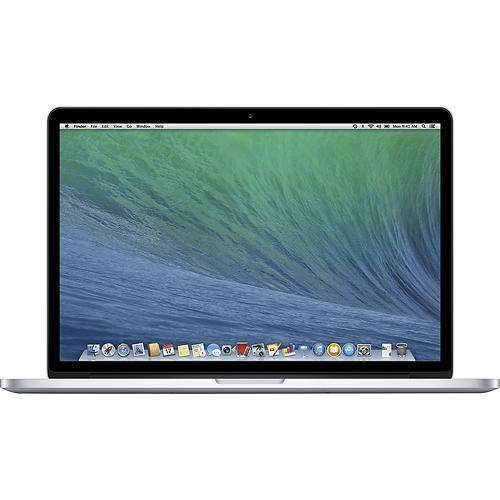 While the design of the 2015 Apple MacBook Pro remains largely unchanged from its predecessors do not let that fool you into thinking it is the same. From its bright and colourful display to its fast hard drive speed, paired with an innovative trackpad and long battery life, this MacBook makes for a powerful machine suitable for home and work.

It is thin and light, making the laptop easy to carry around in a messenger bag or rucksack. The 13-inch model weighs 3.488lbs (1.58kg) and the 15-inch model is 4.49lbs (2.04kg), which does however make them slightly heavier than other models of Apple laptop .

With the Force Touch trackpad on the 2015 MacBook Pro Apple laptop, there is no need for a touch screen as other companies have opted for. This creative trackpad allows users to do more than point and click and gives precise cursor control and pressure sensing capabilities. Multi-Touch gestures allow you to navigate the laptop effortlessly.

Both models feature a 720p HD FaceTime camera that gives crisp visuals, and a comfortable, easy-to-use keyboard as seen in their previous models. There are also replaceable Apple MacBook Pro keyboards should you need one.

Measuring at 13.3 inch (diagonal) with an LED backlit display, this MacBook Pro offers 2560x1600 resolution and 227 pixels per inch. It features a 2.7GHz processor with an Intel Core i5 and an Intel Iris Graphics 6100 card. There is 8GB of memory and 128GB of storage, both of which can be configured to hold more memory and storage.

With some variation to its 13 inch counterpart, this MacBook Pro is measured at 15.4 inches (diagonal) and also includes an LED backlit display. There is a 2880x1800 resolution and 220 pixels per inch, alongside 16GB of memory and 256GB of storage, which can also be upgraded. It also consists of a 2.2GHz processor, an Intel Core i7 and an Intel iris Pro Graphics card.