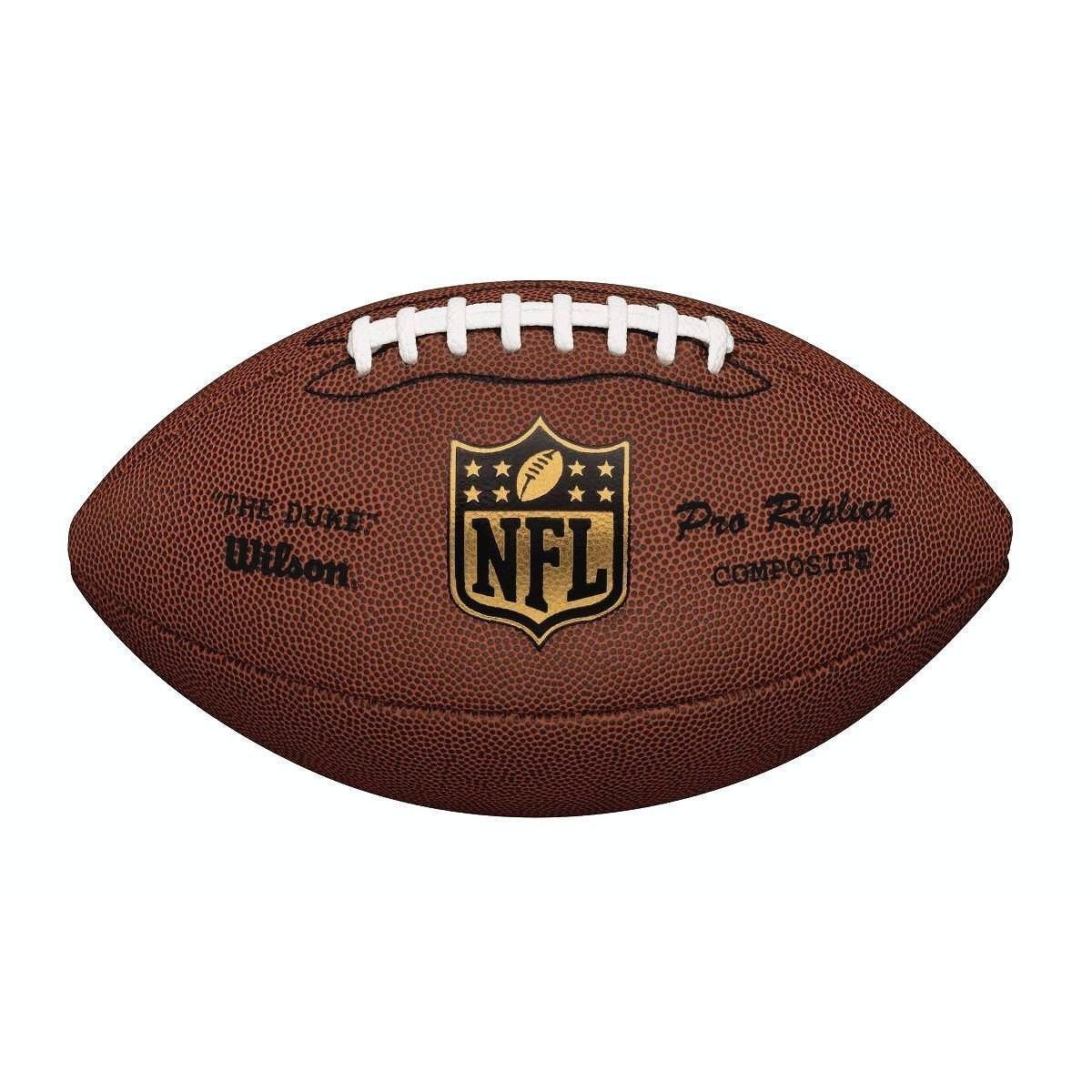 American Football is the national sport of the USA. American Football balls differ from soccer balls in that they are ovular, and are made from brown leather. American Football Balls are often called pigskins, however they are most frequently made from cowhide or else cheaper rubber and synthetic materials. American footballs usually appear in a tanned leather colour with white laces, although some designs feature the colours of a franchise. Other footballs may feature white stripes across the nose and the tail. The stripes are used to assist players in bad light and do not relate to weight or size.

American Footballs can be thrown forward by a quarterback, carried by a running back or full back, or else kicked by goal kickers and punters.

Sports manufacturer Wilson has provided American Footballs used by the NFL since 1941. Wilson Duke football balls have been used to score every touchdown, kick every point, pin every safety, and slot every field goal thereafter. Wilson football balls are called Duke after legendary American Football Wellington Duke Mara. Wilson footballs are made in Ohio and feature NFL insignia on the side of the ball, usually embossed in gold.

Wilson produce a range of smaller, lighter American footballs used in mini league and junior levels of the game. Lighter balls are easier to throw and easier to catch. Some junior balls are also made of softer foam material rather than the harder leather.