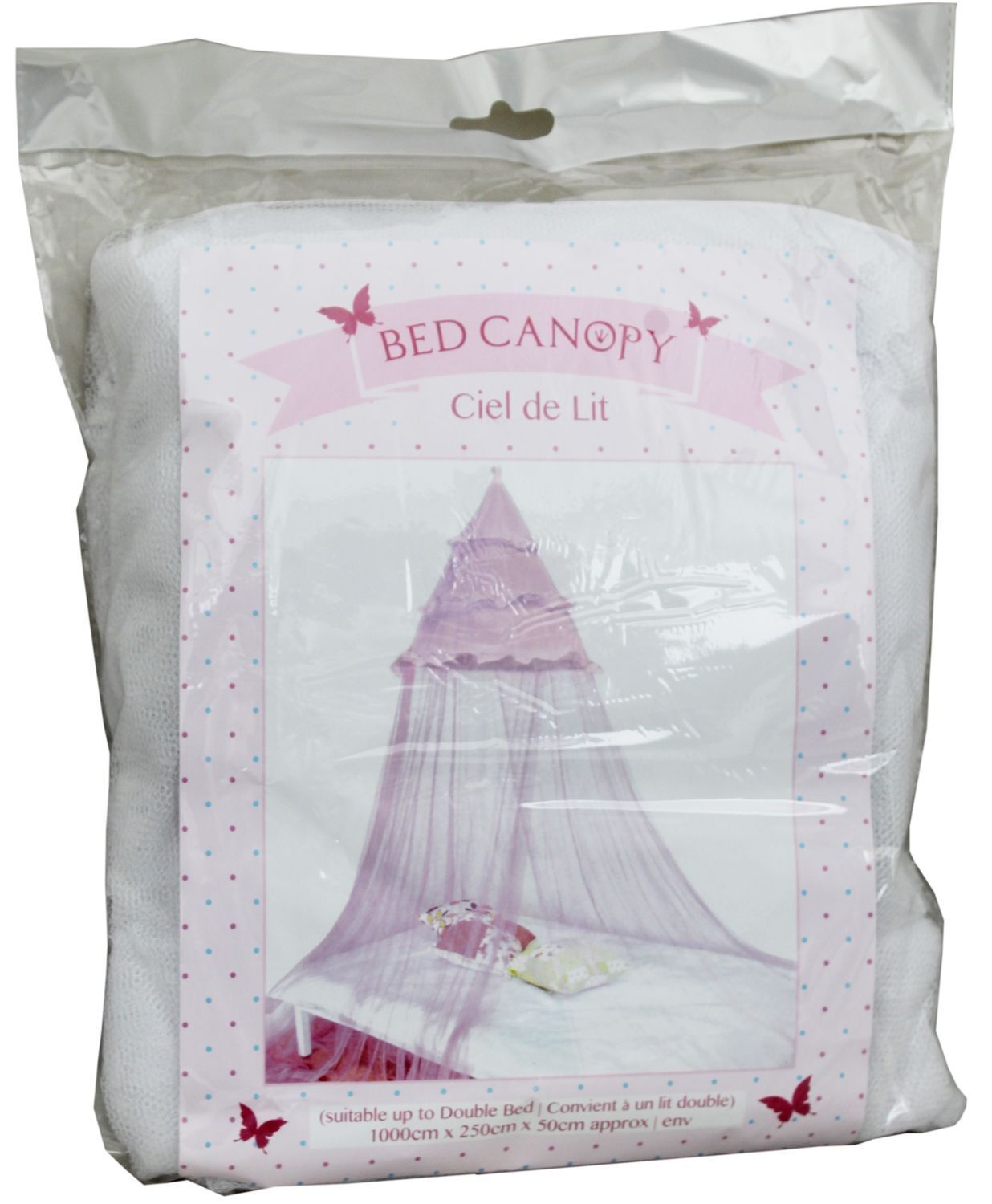 Not only are they a stylish option, but bed canopies and netting also offer protection from insects.

Traditionally, bed canopies were created for lords and noblemen who shared rooms, as a way to keep in warmth whilst giving privacy.

Towards the 16th century during the period of exploration, more materials such as silk were being transported into Western Europe. The wealthy adorned their beds with more lavish, richly embroidered canopies. Only in the last century has netting been used more practically to protect us from mosquitoes, as they are more likely to bite at night. However, they are still a staple piece in interior design and are used in many different ways to evoke style in the bedroom.

Bed canopies and netting for adults

In adult bedrooms, bed canopies and netting can be used as a way to style the bed and make it the central focus of the room. Whether you have a four poster bed or not, there are numerous options of canopies in numerous colours to choose from. If youre after a decadent and feminine feel to the bedroom, a crown canopy in antique or traditional style would suit. These can be placed above to cover the entire bed or on the wall directly behind to create a delicate draping across the headboard .

However, if youre after a contemporary or modern style, there are minimalistic crown canopies as well as four point canopies in colours such as white to offer a serene, calm style to your bedroom. There is also the option of voile curtains that are attached to four poster beds.

Many of the ones mentioned above also double as protection against insects such as mosquitoes and midges, which is a problem during travel. There are portable, folding netted domes that protect those within it from these pests.

Bed canopies and netting for children

Canopies for children come in a wide range of options. More prominently are princess themed canopies in such colours as pink, purple and white with styles ranging from sequined, lace, and appliqués in shapes such as stars and hearts. These come in crown and four point canopies.

There are also playhouse curtains for bunk beds in various styles such as racing and playrooms, to encourage imagination and play. These can be used as little hideaways for children to play with their toys and their friends.

There are options of cot canopies also, as a way to add style to the nursery, but can also be used to protect children against insects. There are foldaway nets for cots and beds too, that can be used during travel to protect babies against insect bites.