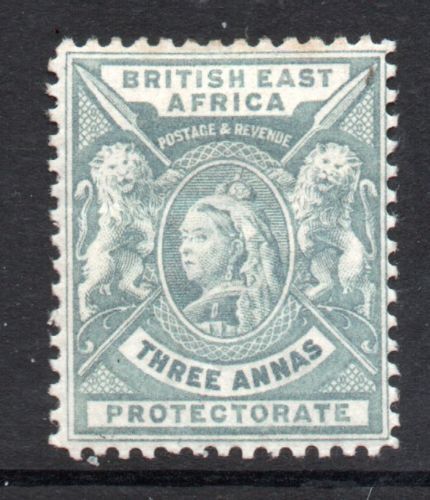 Add a little history to your collection with British colony and territory stamps, including pieces from the Commonwealth and other countries until the end of the British Empire.

Following the release of the first-ever postage stamp under Queen Victoria in 1840, each monarch has released iconic stamps during their reign. Look out for stamps from the reigns of Edward VII, George V, Edward VIII, George VI and Elizabeth II.

The beginning of an era, the first ever adhesive stamp was the Black Penny, released in Victorian in 1840. This stamp changed the way in which people could communicate and made sending letters more affordable.

The first ever British commemorative stamps came with the British Empire Exhibition stamps from 1924-25. These were released alongside an exhibition launched by King George V that was put on to raise morale in the country after the First World War. Eight different designs were submitted and the final design that was released was the Wembley Lion by Harold Nelson.

Another iconic stamp was the Four Annas stamp that was released in India in 1854, which was the first bi-coloured stamp of the British Empire. It has an unusual design that depicts the head of Queen Victoria in blue, surrounded by a red octagonal frame.

In 1948, a Commonwealth stamp was issued to commemorate the Royal Silver wedding. This was released in every colony in a high value and low-value format.

As well as British stamps that have been around since the days of Queen Victoria, look out for Commonwealth and British colony stamps. At the peak of its power, 458 million people were under the reign of the British Empire, or a quarter of the worlds population, so there are a lot of stamps from many countries to collect.