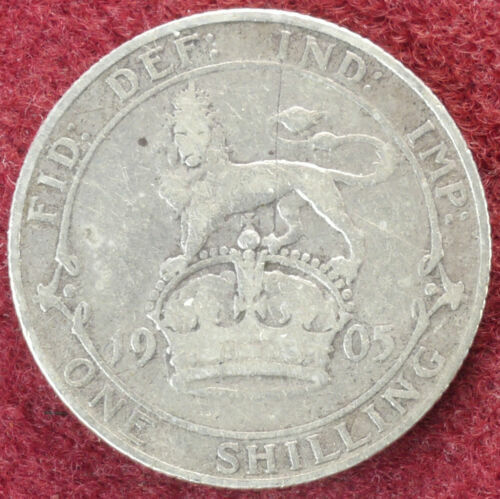 As the eldest son of Queen Victoria, Edward VII was 59 years old when he became king and only reigned for 9 years until his death. As such, there is a much smaller variety of coins than for other monarchs.

A popular era to collect from, a large selection of coins from Edward VIIs reign are of high value and a great addition to any coin collection.

The Edward Threepence is a silver coin depicting a simple shield design and head on the reverse. A more popular coin is the silver sixpence. They have a strong portrait which makes them valuable and as they are so popular, they are often difficult to come by. Other everyday coins to look out for are the penny, farthing, half-crowns and crowns.

A popular and hard-to-find coin from Edward VIIs reign is the 1903 penny, which has an open 3. Most pennies at the time had a curved 3 but this version has a straight top on the 3. This is a recognised error and so these coins are high value.

Although they were everyday coins, the silver crown from 1902 is a popular coin to collect from this era. This is because only one version of the crown was minted during Edward VIIs reign.

Always a popular collectors item, the half-sovereign from Edward VIIs time is one to look out for. Gold was in high demand during this traumatic period of history so these were very valuable and sought-after coins. Even without the struggles of the war, the half-sovereigns weight in gold makes the coins much more valuable than their half a pound face value.