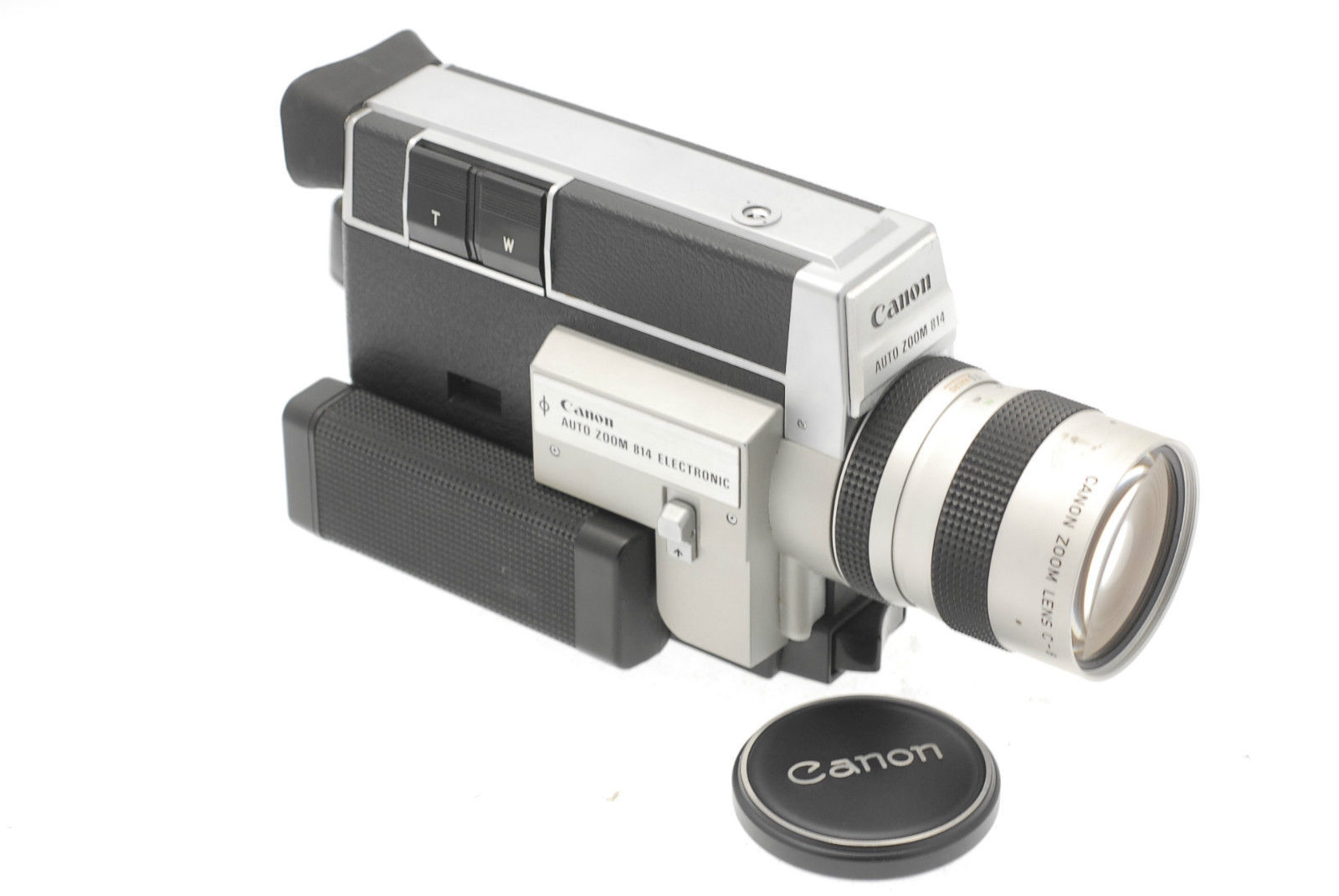 There are a fantastic range of Canon Super 8 vintage movie cameras available. The Super 8 is an iconic camera, first widely made available in the 1960s. The Super 8 system instigated the concept of the home movie and has been the starting camera for major iconic directors such as Peter Jackson, Steven Spielberg, and Ridley Scott.

A vintage Super 8 is a really cool piece of kit and an instrumental phase in movie and cinematography development. Super 8 cameras feature an easy to load plastic cartridge that does not require the fiddly process of threading film through a roll. For many the Super 8 is one of the first experiences of upgrading from shooting on video to film.

What should you look for in your vintage Super 8?

Most photographers are versed in the motto that a cameraman is only as good as his lens . When using a vintage Super 8 this phrase holds just as true as ever. The Canon 814XLS is known for possessing a great range of extra sharp lens options, as it was a camera used both recreationally and professionally. When purchasing a vintage camera ensure that the lens is free of fungus, scratching, and flogging. These issues usually arise after long periods of storage.

When buying a vintage Super 8 be wary of corrosions as a battery leak is usually terminal for the inner workings of a Super 8. Most cameras will run off standard size batteries . Be wary of purchasing cameras that rely on old battery models or 1970s rechargeable units as they may be hard to find.