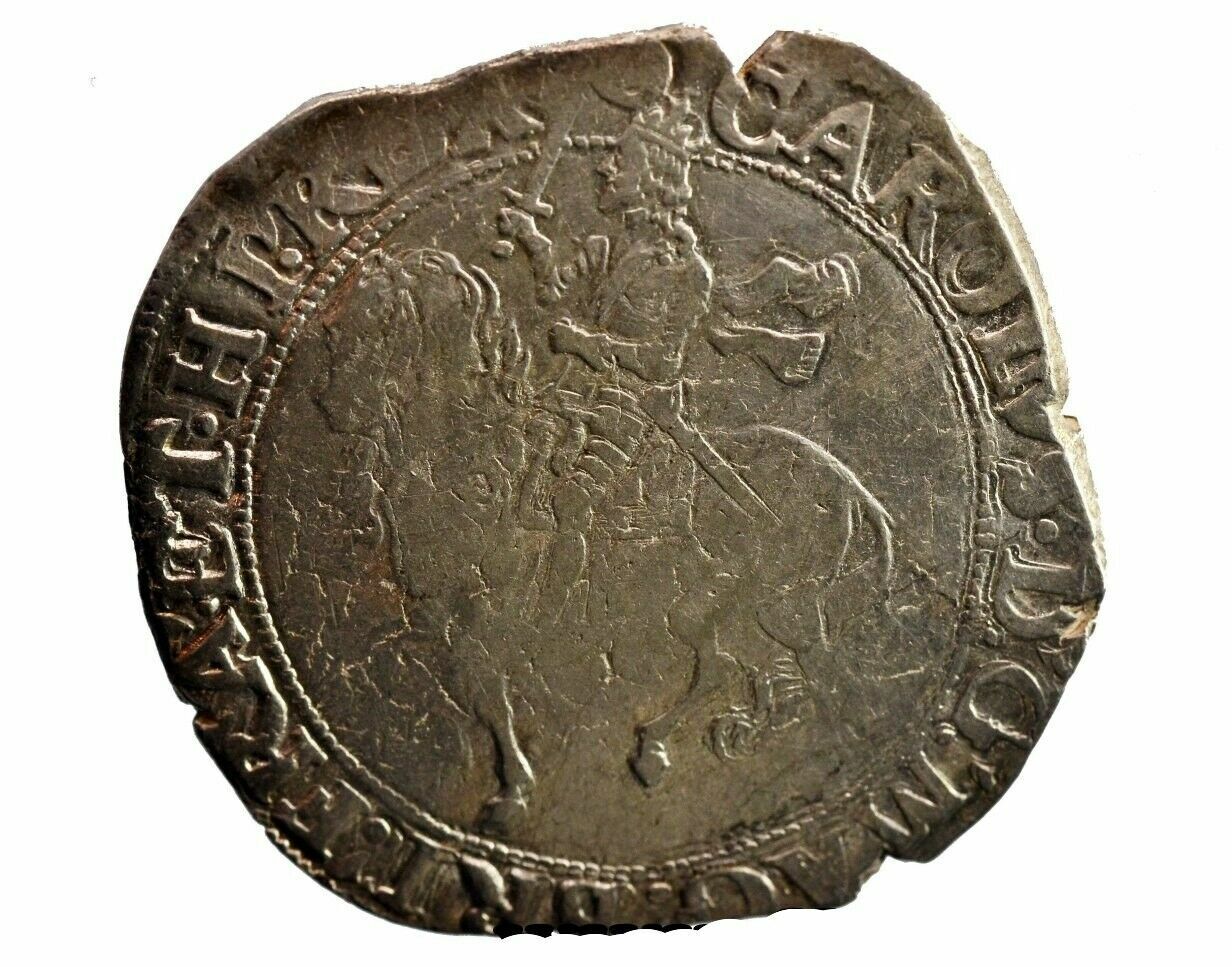 Hammered Coins of the 1600s: Charles I Era

Charles I ruled during a period of war and siege. This history is reflected in the coins produced during his reign. Hammered coins were produced at the Tower Mint but also at different Royalist sites during the Civil War. While smaller denominations of silver or gold can be found in numerous collections, a high-quality Charles I half crown is a bit harder to come by.

How do you choose an authentic coin?

If you are buying a coin as a gift for a coin collector, then here are a few tips to ensure you are purchasing an authentic Charles I half crown coin during your eBay search:

Types of Charles I half crowns

Hand-hammering produces coins with great degrees of variance. Charles I-era half crowns were some of the last coins produced using hammering techniques. After Charles II, all coins were milled. Some noteworthy coins include the Charles I Newark half crown. These half crowns were minted during a siege and were forged using donated silver from cups and jewellery. Some of these coins still retain the markings of the donated silver. Unlike typically round coins, Charles I Newark half crowns are lozenge-shaped. Other mints outside of London retain markings that indicate their place of production. These include sites like York, Worcester, and Exeter.

Determining the dates of Charles I half crowns

Another feature that makes Charles I hand-hammered half crowns so intriguing is the confusion over their year of production. In 1646, siege coins were minted at various locations. However, many siege coins bear the date of 1645. A highly collectible Charles I 1645 half crown was likely minted in 1646, but because of the Old Style calendar in use at the time, those minted prior to March 25 were stamped with 1645.

Another means of determining date is the mint mark. The Charles I 1645 eye half crown coin is impressed with the symbol of an eye. This symbol was used in 1645. If a coin bears this mark, then you can know that the date of mint was 1645.

Content provided for informational purposes only and does not constitute investment advice.