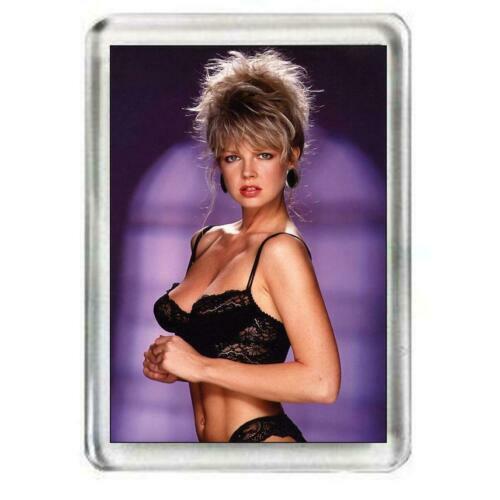 Collectable celebrity fridge magnets are a fun and for the most part, inexpensive item to collect. There is a huge selection of collectable celebrity fridge magnets - so many, indeed, that you are bound to find some which appeal to you. Many are legendary stars of the past whilst others feature current personalities such as Coronation Street actress Helen Flanagan. These are great for fans and enthusiasts of certain stars but they are also great for collectors and fridge magnet collectors.

The magnets include musicians, actors , athletes, scientists and celebrities from all fields. Some are inspirational, while others are there to be appealing to look at. Some examples of fridge magnets consist of a George Michael magnet, from when he partnered Andrew Ridgeley in Wham. Johnny Cash is shown with his famous number "Ring of Fire", and there is a Black Sabbath "red demon" magnet also.

Not all of the collectable celebrity fridge magnets feature current celebrities or those of the recent past. There is one featuring Queen Nefertiti, the Egyptian queen who was born in around 1370 BC and died in 1331 BC. Another shows an unusual design with a quote from Albert Einstein - "The true sign of intelligence is not knowledge, but imagination".

For sports fans, there are several of Muhammad Ali such as him with his famous "float like a butterfly, sting like a bee" quote. Another of Ali shows the iconic photo of him standing over George Foreman when he knockedhim out in the eighth round of the "Rumble in the Jungle" on October 30th 1974, watched by 60,000 spectators. That has been called "arguably the greatest sporting event of the 20th century."

The list of various collectible magnet s can go on because there is such a wide variety to suit each and every requirement. Some are available brand new or pre owned but make sure to check the condition of the item before purchase.