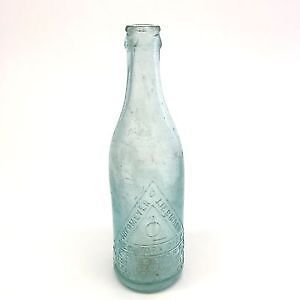 Ginger Beer & Stout Bottles are one of the most collectable of all the bottles and are sought after for many different reasons, from potential value to the creation of unique and aesthetic displays.

The earliest Ginger Beer bottles (pre-1880s) are the simple, single coloured salt glaze variety, many of which had little more than the bottlers name impressed into the stone and sometimes not even that.

Other types include skittle-shaped bottles, standard bottles, which typically have a honey coloured body with brown glazed top and shoulders and champagne-style bottles which are taller and slimmer than other designs. You can also occasionally find examples with coloured tops and shoulders; these are rare and highly desirable to collectors. There are literally thousands of examples of stone ginger beer and stout bottles but as with so many collectable items, it is the oldest, the rarest and the most unusual that attract the most attention.

Closures for ginger beer and stout bottles are either cork, internal screw or bale stoppers. Bottles that come with the original closure are generally more highly sought after, but this is an unusual feature so dont be put off if the stopper is not included. There is also a more unusual closure called the Galtee More - a hole in the top of the bottle through which a pin was inserted to hold the cork in place. Look out for these as they are quite rare.

Stone or ceramic bottles date from 1830 to 1920, when glass bottles increased in availability and popularity. All ginger beer bottles were hand thrown by potters, which accounts for irregularities in their shape, size and finish. Post-1880 was when pictorial prints began to appear on ginger beer and stout bottles and these are the ones that tend to be in higher demand. Many collectors choose bottles from their local area to give their collections additional focus.