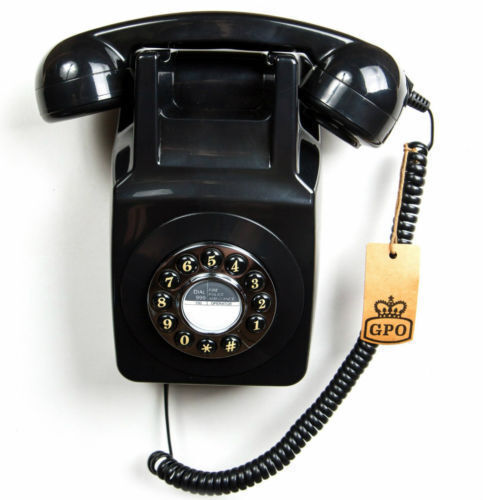 Telephones are certainly very collectible, especially if they are very old, rare or unusual. Some collectors are only interested in complete phones, whereas others are interested in their component parts or advertising. Its not just old phones that are collectible either. Collectable 1980s phones are also very popular.

Common throughout the 20th century, rotary dial telephones require the user to select numbers by turning a dial instead of by pressing buttons. As they were so popular for so long, theres a massive array of designs and colours to choose from. Older styles from earlier in the century tended to be made from wood and painted black, whilst the iconic ones of the 1980s were plastic and came in brighter colours such as reds, greens and yellows.

Often associated with 1920s films, the candlestick telephone was popular from the late 1890s to the 1940s. Often called a desk stand, a stick phone or an upright, candlestick phones include a mouthpiece, positioned at the top, and a receiver which the user held up to their ear when making a call. The transmitter head is usually simply round or shaped like a daffodil. Daffodil shaped ones are generally metal with a Bakelite funnel mouthpiece that looks like a trumpet and are highly collectible.

On eBay youll even find phones which have all the modern facilities you need but that are built to look totally vintage and original, perfect for adding a stylish but eye-catching look to your home. Made from beautifully polished wood with LCD display and complete with FSK/DTMF dual system, each one comes with a redial function as well as set and delete. You can even find ones which retain call records, including 50 incoming calls and 20 outgoing ones.