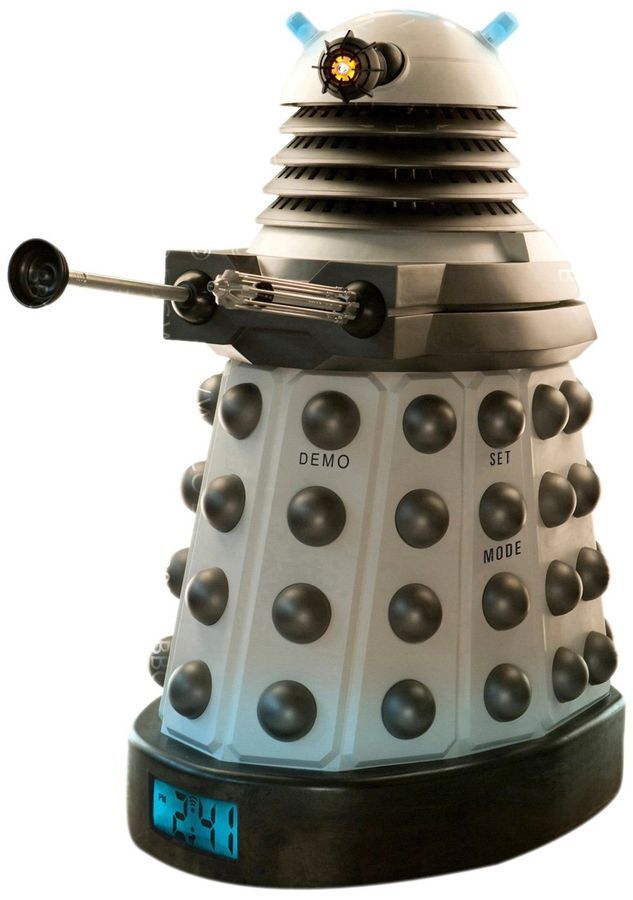 Commemorate Your Love of Doctor Who with a Dalek

In the years since it first aired in 1963, Doctor Who has become a cultural phenomenon, and the villanous Daleks are one of its most recognizable aspects. If youve always wanted some Dalek merchandise but have never collected any, its never too late: eBay has a multitude of Dalek figurines and replicas ready for you to purchase.

What can one do with a Dalek toy or replica?

Even if youre not a child, you can get some enjoyment out of having a toy or model Dalek around. Here are a few things you might do with one:

Are there any differences between the older Daleks and the newer versions?

The design of these creatures is an iconic part of Doctor Who lore and has not changed much over the years, but some small updates were made for the 2005 show revival. Aside from some minor enlargements made to the metal components and casings that appear on a Dalek, the most obvious change is the all-over bronze colouration that was adopted for the newer series. If you are a particular fan of either the old or new version of the show, you may want to look specifically for merchandise based on the design that was in use at the time when your favourite episodes were being produced.

Are there any Dalek toys available with special features or attributes?

Of course, there are many Dalek toys that light up, roll around, and say different things (including their well-known exterminate catchphrase). Some of these are even remote-controlled to allow for more varied play. If you prefer show-accurate figures, there are many higher-end collectors models available, including some that you can assemble yourself. There are even life-sized recreations out there, although none of these come from official suppliers. Very few of these items are presently found on store shelves, but you can find them all in one convenient place on eBay.

Content provided for informational purposes only. eBay is not affiliated with or endorsed by the BBC.