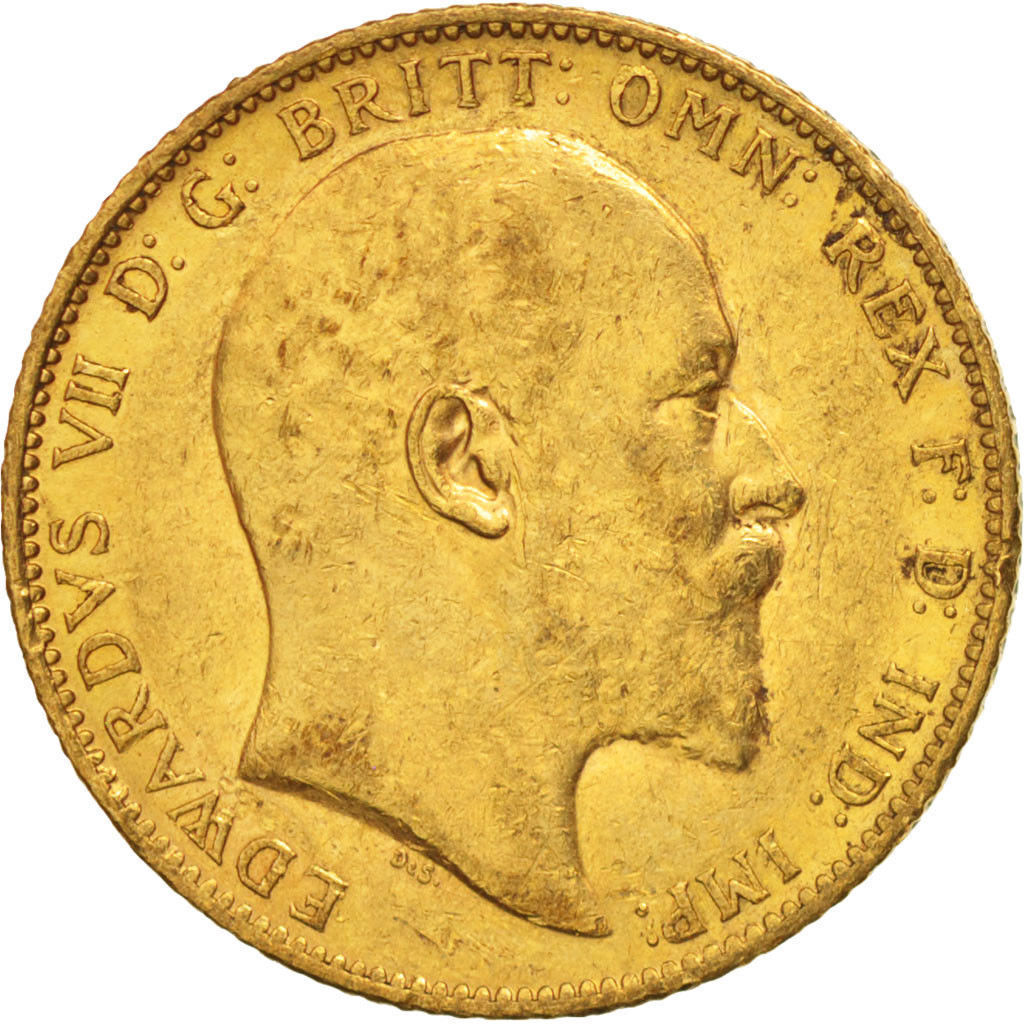 Half-sovereign coins have a prominence within British history and were first introduced by King Henry VII in the sixteenth century. These highly sought after gold coins have been issued by kings and queens ever since and are still produced by the Royal Mint to this day. These coins are a fantastic addition to any collectors current set or for collectors looking to start something new.

Following the death of Queen Victoria in 1901, Edward VII became king and reigned until his death in 1910. During this short time, King Edward VII issued several half-sovereign coins which featured his right-facing portrait on one side and Benedetto Pistruccis famous scene of George and the Dragon on the reverse.

Designed with collectors in mind, these 22-carat gold coins contain 3.65g of fine gold and are worth considerably more than their half British pound face value. Edward VII half-sovereign coins are a form of gold bullion which means their price can fluctuate based on the current value of gold. For this reason, Edward VII half-sovereign coins are highly collectable and make fantastic investments for those who enjoy collecting rare and historical items.

Coins in varying conditions are available with some preserved in special presentation cases. Edward VII half-sovereign coins can be made into jewellery and youll find several options available including pendants and rings.