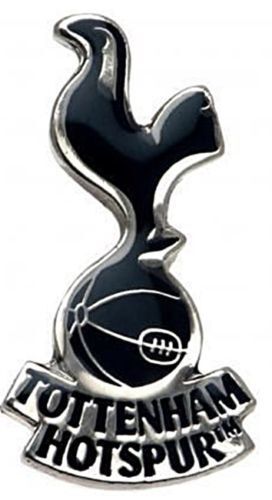 Complete your collection with a wide selection of football badges and pins from around the world. Whether you are looking for a pin from a particular club or country, a badge which commemorates a footballing event or achievement, or a vintage piece of memorabilia, you are sure to find it.

Badges, displaying a clubs colours and crest, have been used throughout the history of football and special ones are often released to commemorate an achievement or anniversary. They are easy for a fan of sporting memorabilia to collect as they are practical to display, and also look decorative.

Shop by category by choosing from Premiership Clubs, Championship Clubs, Scottish Clubs, European Clubs, National Teams, League One Clubs or Non-League Clubs. Or you can look for a badge specifically from a club or country of your choice, from the top of the league to the bottom. Show your support for your home team every day.

If you are looking to add to your Premiership collection, you will find badges and pins from some of the most famous English clubs in the world, such as Manchester United, Chelsea and Liverpool, or from newer members to the top-tier including Burnley and Brighton. Find badges commemorating a particular match or anniversary, club emblem badges and as Remembrance Day nears, watch out for special Poppy badges.

Select badges from top Scottish clubs, including in the maroon and white of Hearts of Midlothian, the famous green and white of Celtic, or in the red, white and blue of Rangers. Or complete your collection with rare and vintage pins from non-league clubs such as Lincoln City, Hartlepool, and York City among others.

Badges from top European clubs will enhance any collection with Real Madrid, Paris St Germain and AC Milan among those to look out for, as well as rare badges produced for particular matches and tournaments.

With a wide choice of football badges and pins from some of the most popular clubs in the world, it is possible to find that much sought after addition to your collection.