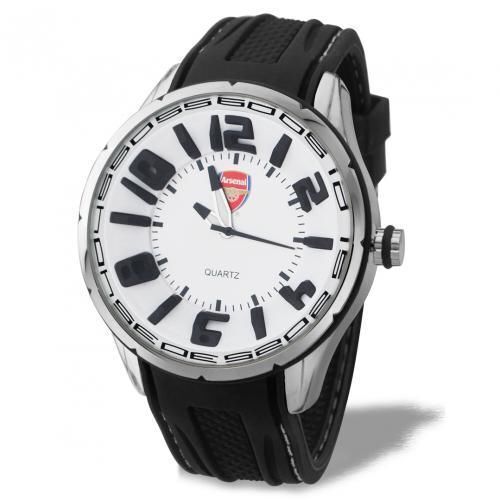 Football fans can have a field day with a selection of football watches that are available - but more for some clubs than others. There is quite a lot of choice for some of the most famous football clubs such as Liverpool, Manchester United, Manchester City, and - surprisingly - some foreign clubs as well, such as Real Madrid, and F C Barcelona. However, it seems that you may not be as well catered for if you happen to support Aston Villa or Accrington Stanley.

Manchester United fans can buy a Champions League version of their teams watch or the Official Quartz Chronograph Leather Strap Football Watch in a striking black and silver design. Next door, fans at Manchester City have their clubs official merchandise mens digital stopwatch in a striking bright blue colour.

There is a Tottenham Hotspur wristwatch sporting the slogan "COYS since 1882". West Ham supporters can purchase a watch with the clubs official maroon and blue stripes on the face and the slogan "The Hammers since 1895" in white. If you are interested in referees stopwatches, you will find them dating right back to the 1920s and 1970s.

In addition, you might like an official FIFA quartz watch in white with red motif on the dial.