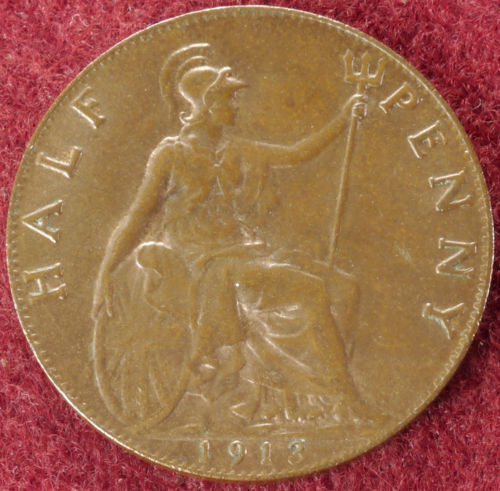 The Characteristics of a George V Half-Penny

The George V half-penny features a left-facing portrait of George V on one side and was the last mintage to feature the seated figure of Britannia on the reverse. Britannia is the British national symbol of valour, virtue and integrity and the engraving by Leonard Charles Wyon took many forms throughout the years.

The coin also bears the inscription “GEORGIVS V DEI GRA BRITT OMN REX FID DEF IND IMP”, which means “George V by the Grace of God King of all the Britons, Defender of the Faith and Emperor of India”.

Like several other coins minted during King George Vs reign, this small denomination coin is highly collectable. Youll find hundreds of options to choose from in varying conditions. Typically the more well preserved a coin is the more sought after it will be and coins that havent been through circulation will be among the most highly regarded.

Job lots and collections are available, where you can select George V half-pennies from various years, or as part of coin year sets. In addition to sets and job lots, you can also buy George V half-penny coins individually.