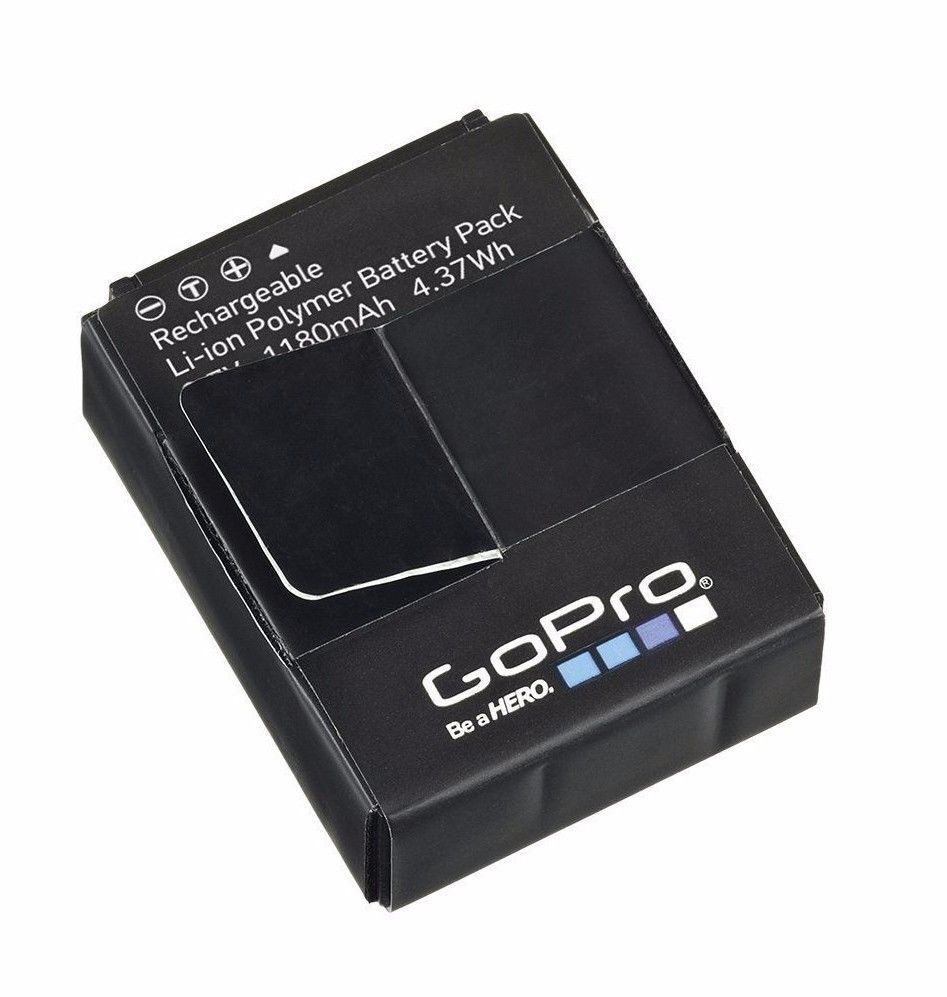 GoPro cameras can be said to have truly revolutionised the way we see the world. These small and tough cameras now go where traditional cameras could rarely go - on skateboards, on skis, underwater and even into space. They capture enthralling still photos and unique moments in HD video.

GoPro also make a drone to carry their cameras called Karma, which requires special batteries that are different to the ones used by the range of GoPro HERO cameras.

Like everything digital, GoPro cameras are only useful when they have power. Its probably true that the keen photographer can never have too many memory cards or too many batteries in their bag. Handily, GoPro also make a special accessory that allows two batteries to be attached to a GoPro at a time, enabling longer video sessions, so the need to to have more than one battery is greater than ever.

Battery life is determined by many factors, including the outside temperature and the type of filming. According to GoPro, a new and fully charged GoPro battery can last from 90 minutes to 140 minutes, depending on circumstances.

GoPros camera range is called HERO and the first HEROs only had built-in batteries so that the whole camera must be plugged into a socket to be recharged. The new GoPro Hero Session cameras also only have a built in battery.

From HERO2 onwards however, GoPro batteries were easy to take out for charging and to replace on location. However not all GoPro models take the same battery, for example GoPro Hero 4 batteries will not fit Hero 3 and vice versa, so its important to carefully check the type of battery your GoPro HERO requires.

GoPro own brand batteries or aftermarket?

GoPro use Lithium Ion batteries that deliver different milliamp hours or mAh according to the HERO model type.

GoPro own brand batteries cannot be said to be very expensive, although batteries for the newer HERO 4 and HERO 5 models are slightly more expensive than previous models. However, there is always the option of slightly cheaper after market batteries to choose from.