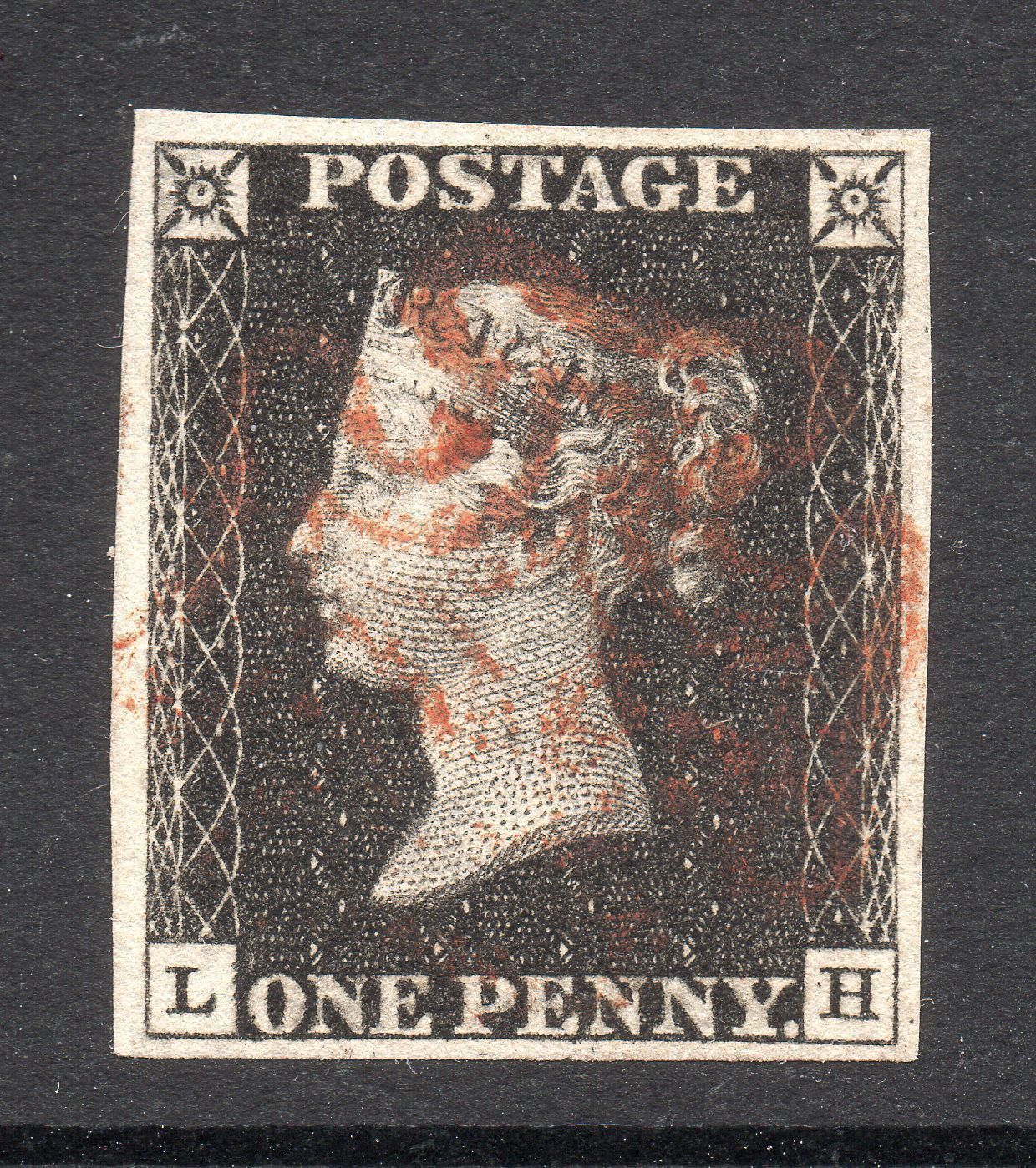 Issued on May 1st 1840, the Penny Black is, without doubt, the most famous stamp in the world. It was the worlds first adhesive postage stamp and marked a postal system revolution. The Penny Black also inspired the hobby of philately, with stamp collectors to this day not content with their collections until a Penny Black has been added to it.

The Rarity of a Penny Black

Oddly enough, Penny Black stamps per se arent particularly rare. Printed in sheets of 240, a total of 68,808,000 individual Penny Blacks were entered into circulation. Consequently, a great many Penny Black stamps survive to this day and, ignoring forgeries and replicas, are available at prices and in conditions to suit every collectors need and budget.

Penny Blacks can sell for a few pounds or many hundreds and thousands of pounds. At its most basic it is down to condition, size of margins, cancellation (postmark), corner letters and plates.

Penny Blacks were printed without perforations which meant scissors were needed to cut the stamps from the sheet. This left a larger majority of stamps without sufficient margin on all four sides. The ones with wider margins are the more valuable.

A postmark, to cancel the value of the stamp, was initially stamped in black (in the shape of a Maltese Cross), but then changed to red so that it could be seen more easily. Stamps with light cancellation marks can command higher prices than those that have been heavily obliterated.

At the foot of each Penny Black stamp, left and right, are two letters. These correspond to the position of the stamp on the printed sheet. If the stamp was printed top left on the sheet it would be designated AA. Bottom right TL. Additionally, a total of 12 plates were used to print all Penny Black stamps. A combination of which plate and print position can influence each stamps value and collectability.