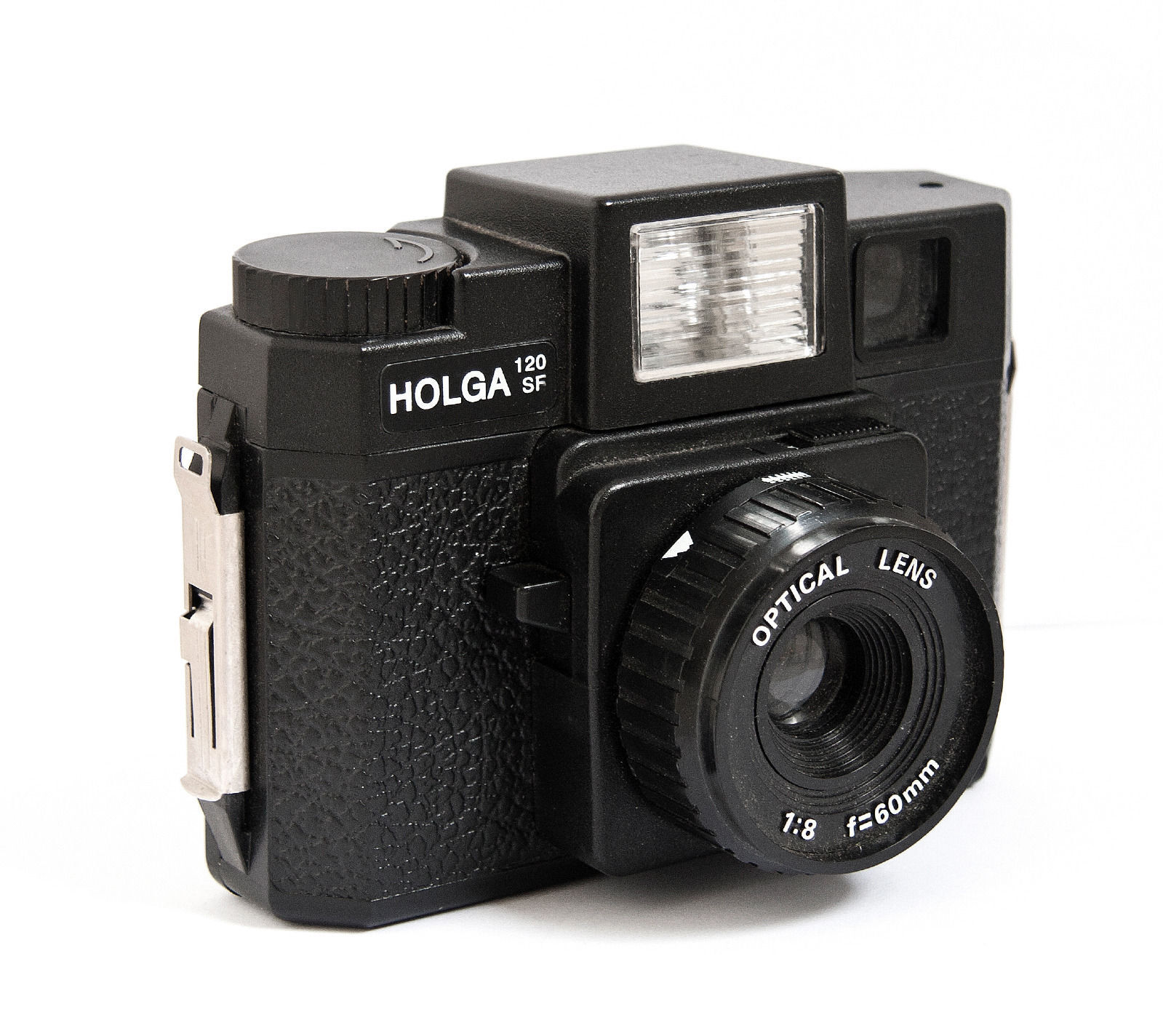 The Holga medium format film camera is an iconic and cult design that allows for the taking of unique photographic images. Holga cameras are relatively inexpensive and have been adopted by photographers subscribing to a counter culture, which rejects higher quality, modern technology camera equipment in favour of more traditional photographic methods.

What is medium format?

Medium format film cameras operate with a film larger than 24mm by 36mm but smaller than 4 inches by 5 inches.

Holga cameras come in a mixture of classic vintage styles and contemporary bright designs. Classic cameras tend to be black with chrome or metal detail around the lens, viewfinder, flash, and shutter release.

The images taken by Holga cameras will contain a range of imperfections including vignetting, blur, light leaks and distortions. These effects are often considered desirable and make for idiosyncratic images. In recent years images taken with Holga cameras have won multiple international awards.

Vignetting is the effect whereby the periphery of the photo is darkened. This results in the centre of the image appearing brighter and being framed.

Light leaking is caused by overexposure of the film to light. The effect of light leaking is that elements and shadows within the image may have their colours blurred and the overall colour saturation of the image decreased. Although in standard photography this can be an issue, it can also be used to create artistic and dramatic effects.

Blur most often occurs around moving items or objects. Again, whilst most modern cameras have features designed to limit blur, blur can be used to create unique and artistic images that better capture the drama and interest of moving objects.