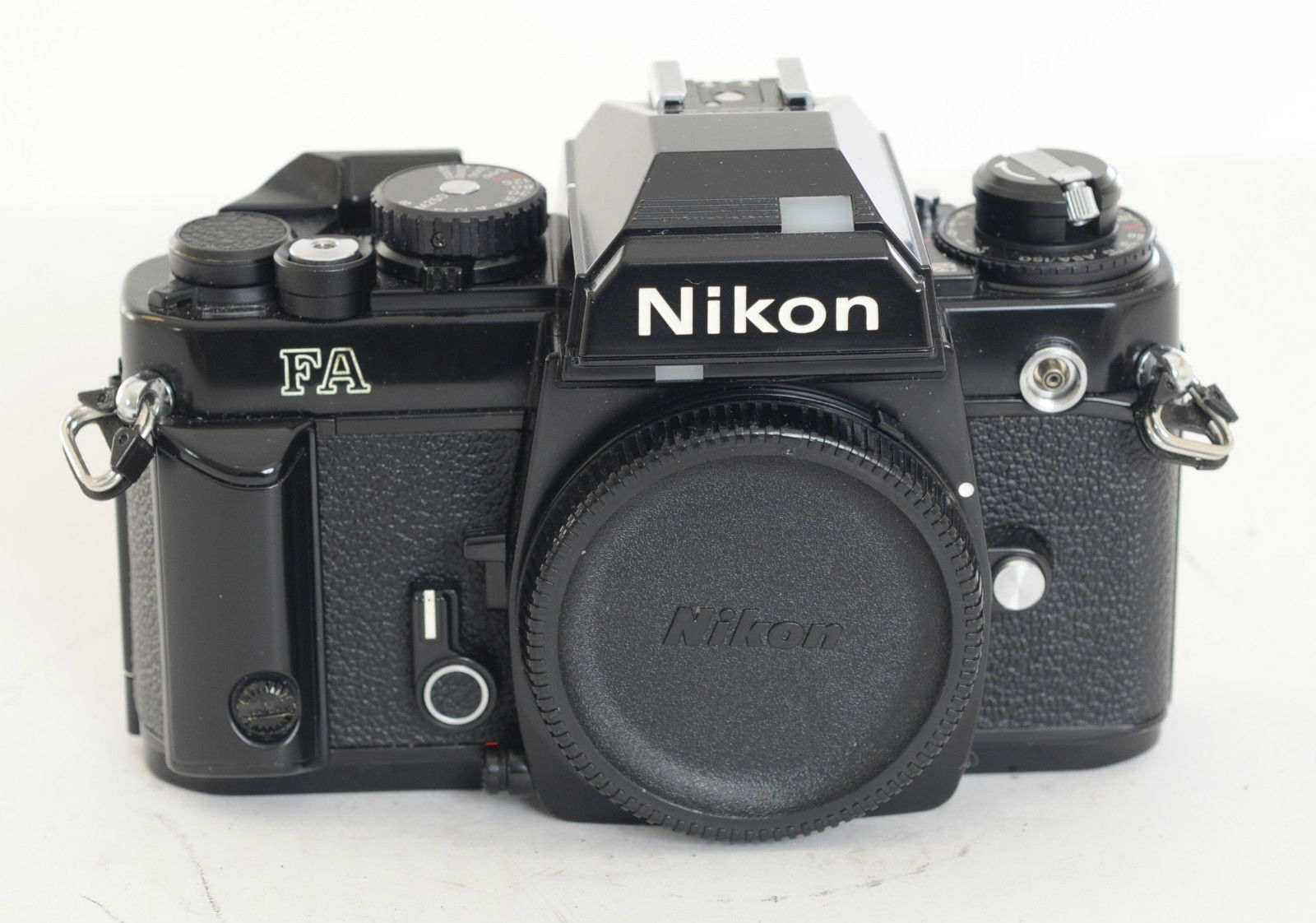 Viewed by many enthusiasts as a real art form, film photography is the preference by many photography purists as it allows for artistic control offered by the manual processes involved and the great creative satisfaction in its end results.

Following the Nikon F and F2 and first launched in 1980 the Nikon F3 series cameras are still considered some of the best pro-cameras for film photography, having the most model variations of any Nikon F series camera. This tough professional standard camera has manual focus and manual and automatic exposure control for use with manual and most Nikon AF lenses .

The Nikon F3 was the first of the cameras in this series to be styled by Italian designer Giorgetto Giugiaro and is characterised by its thin red stripe on the handgrip. This design element and its variants would become a signature feature of many Nikon cameras.

First introduced in 1977, the Nikon FM paved the way for the brands highly successful range of compact semi-professional cameras. This durable model is almost entirely built of metal and is of mechanical construction and so needs no batteries. With adjustable electronic shutter speeds (1 to 1/1000 seconds) it delivers blur-free images even when shooting fast moving objects. The FM is compatible with all Nikon F bayonet lenses, offering flexibility of use.

If you are looking to build upon your existing photography kit there is an extensive range of accessories available for use with Nikon film cameras. Several versions of the camera purchases include bundled items such as camera cases/bags, neck/wrist straps, cleansing kits, film, lenses and extra flash.