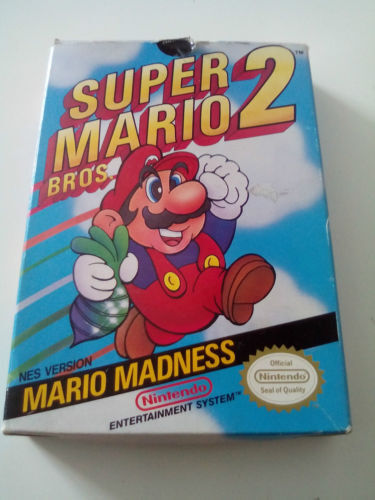 Nintendo NES video games are both fantastically fun retro games and appreciating collectors items. A total of 731 NES games were released and the NES video games catalogue features both all time classic video games such as Mario and Zelda, as well as super rare high value titles.

NES video games are played on an NES console , it was among the most popular consoles of its era and it is generally considered to have revitalised the gaming industry. The NES was released in 1985 and was widely available until 2008. NES games are played on a cartridge similar to that used in a Gameboy or the upcoming Nintendo Switch and are not cross console compatible.

Mario is one of the most iconic names in gaming, and Super Mario III remains among the most popular and critically acclaimed titles of the series. Super Mario III included truly ground breaking concepts such as an overworld map distinct from the iconic Mario platformer levels, and an add-on mini game series. The title helped Super Mario become the highest grossing games franchise of all time.

The Legend of Zelda

There are a number of fantastic Zelda games available, each following the faultless Zelda formula. Zelda games are questing role playing games in which you play as Link. Progress involves completing logic puzzles, obtaining items and gear, defeating monsters, and escaping dungeons. The beauty of Zelda lies in its simplicity and the expanse of the world in which you roam. Even now the game holds up as an immersive, therapeutic, and challenging gaming experience.

Mega Man is considered among the most iconic NES releases. The game is a run-and-gun classic in which you play as mega man and battle against a series of challenging platformer levels and bosses. Mega Man 2 is a side stroller offering a truly vintage and nostalgic gaming experience.