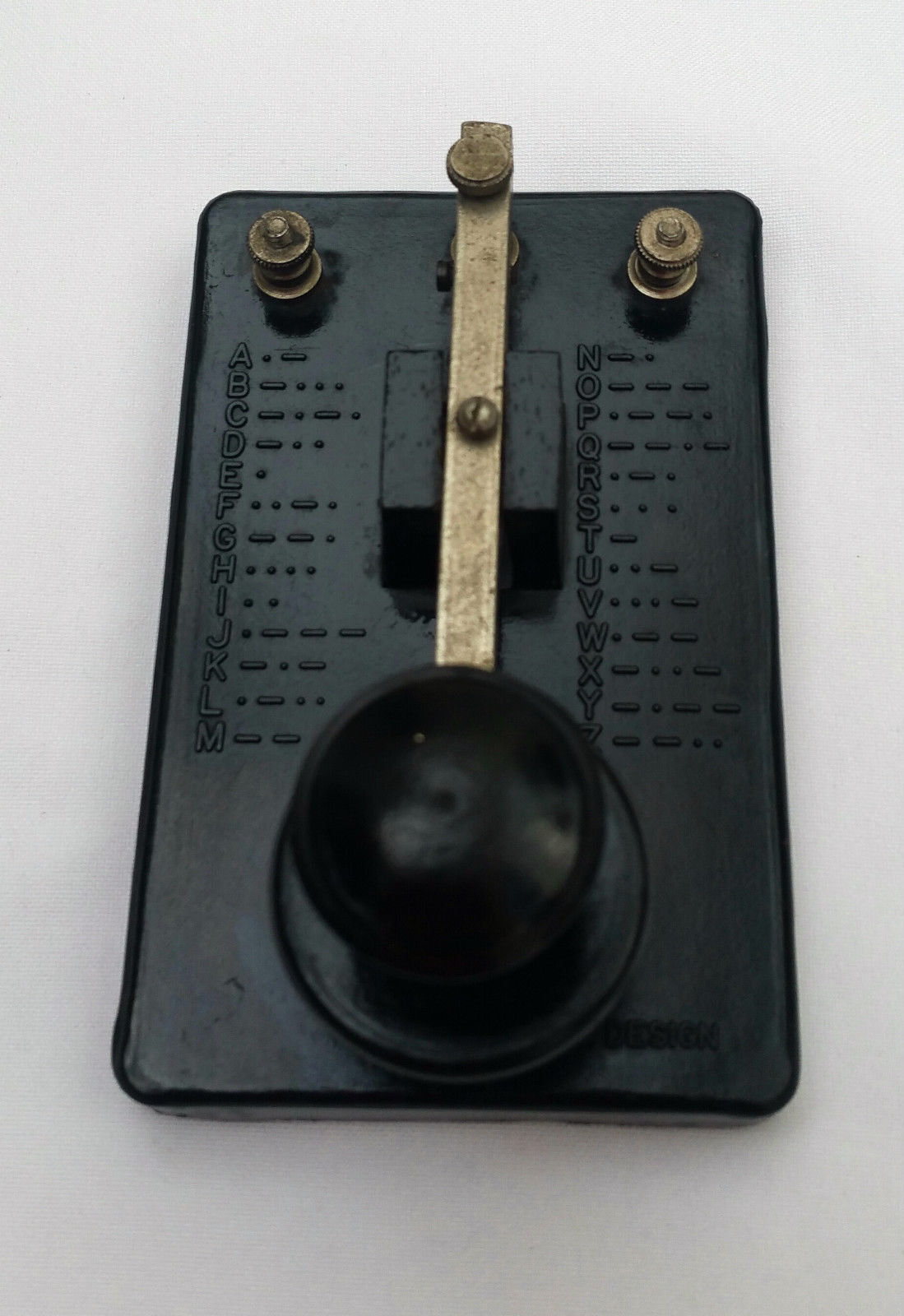 Say it with Dits and Dots: Messaging with a Morse Key

Essential to the transmission of messages over the telegraph system, a Morse key is a popular item amongst radio enthusiasts today. These keys are primarily used to send messages using Morse code; the well-known series of dots and dashes used to symbolise the Latin alphabet. Morse keys of various construction and age can be found today on eBay.

How does telegraph messaging work?

Telegraph messaging, for which the Morse key is used, works by constantly breaking and connecting electric circuit. Connecting the circuit is done by tapping the Morse key. Using either long or short taps, corresponding to the dots and dashes of the Morse alphabet, words can be spelled and messages can be sent.

How long does it take to send a message?

The speed, or rather transmission rate, of Morse code is determined at a words per minute rate. Whilst a good aim for beginners is 5 words per minute, well-practised experts can send up to thirty words per minute. Historic films often depict the use of the Morse key as a delicate tapping. However, a firm grip is required, together with constant even force, meaning it may take a bit of practice to reach swifter rates of transmission. Training cards to help you learn Morse code are also available on eBay.

What keys are available?

Depending on its location and intended use, not to mention age, the range of Morse key design is excitedly varied. Just a small selection of the models available includes: