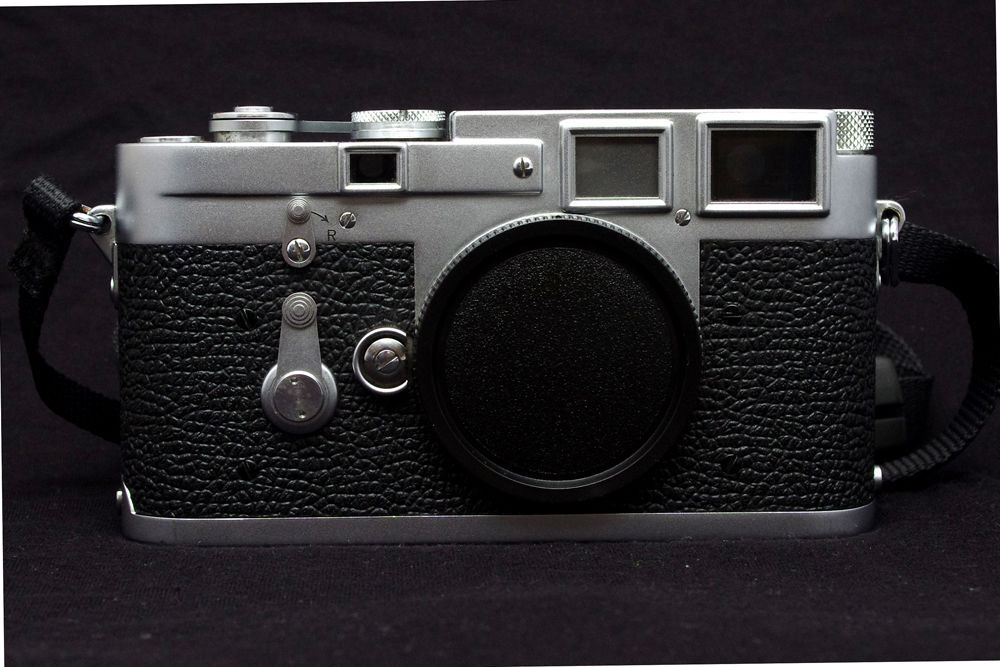 A rangefinder camera has a split-image range-finding focusing mechanism that can be used to measure the distance to a subject and take photographs in sharp focus. Most digital cameras and film cameras use electroacoustic or electronic measuring functions with autofocus, but it is not called range-finding.

Most rangefinder cameras show two images of the same subject. One moves when a calibrated wheel is turned and when the two images coincide, they become one image and the distance can be read off the wheel. Non-coupled rangefinder cameras show the focusing distance which the photographer transfers to the lens focus ring. These types of camera had separate viewfinder and rangefinder windows, while later versions combined the two into one viewfinder. Modern designs have the rangefinder joined with the focusing mechanism so that the lens focuses correctly when the rangefinder image fuses.

The rangefinder camera was manufactured in different sizes and film formats, from 35mm through to medium format roll film and large format press cameras. In older models, folding bellows cameras were fitted with rangefinders.

There is a parallax error in the viewfinder which doesnt allow viewing through the lens and is offset from the lens so that the image is not exactly how it will be recorded on the film. It doesnt show at large distances but as the subject is brought nearer, the error becomes more apparent.

Larger lenses could block a portion of the view, as will lens hoods that are used on rangefinder cameras. It can also be difficult to integrate zoom lenses as the design of the rangefinder camera hasnt been adapted to accept this type of lens.

Rangefinder cameras dont have a moving mirror so there are no blackout moments whilst the subject is being photographed. This often makes the camera quieter and less obtrusive to use. When using the viewfinders, photographers may find that the field of view is not much bigger than the lens. This means that the photographer can see outside the frame. Filters that absorb light and change the colour of an image are much easier to compose and focus on a rangefinder camera. However, graduated and polariser filters are better used with an SLR camera.