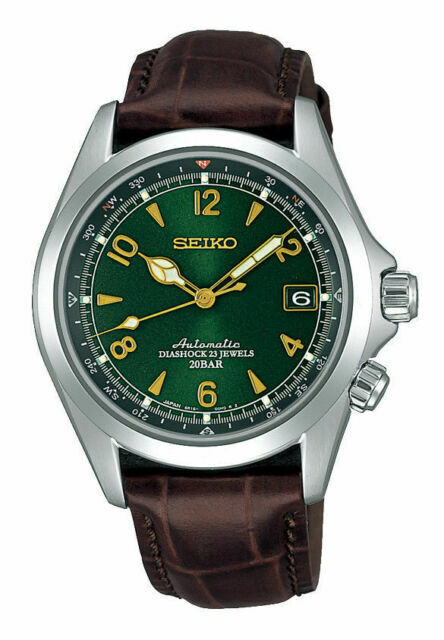 The Seiko Alpinist Is a Watch for Every Time

The Seiko Alpinist began as a timepiece made for Japanese mountain climbers specifically and sports enthusiasts generally. The watch was a first for Seiko and was a real attempt at producing a watch for the "Yama-otoko," the mountain men of Japan who required special equipment to handle the challenging terrain of Japan's mountains.

How long have Seiko Alpinist watches been in production?

The Seiko was first introduced in 1961. It has remained in production ever since and has eight generations under the Alpinist branding as of 2020.

What models are there in the Seiko Alpinist series?

There have been multiple generations of the Alpinist released over the years, each with distinctive characteristics, some of which include:

What type of cases do the Seiko Alpinist models have?

Content provided for informational purposes only. eBay is not affiliated with or endorsed by Seiko.