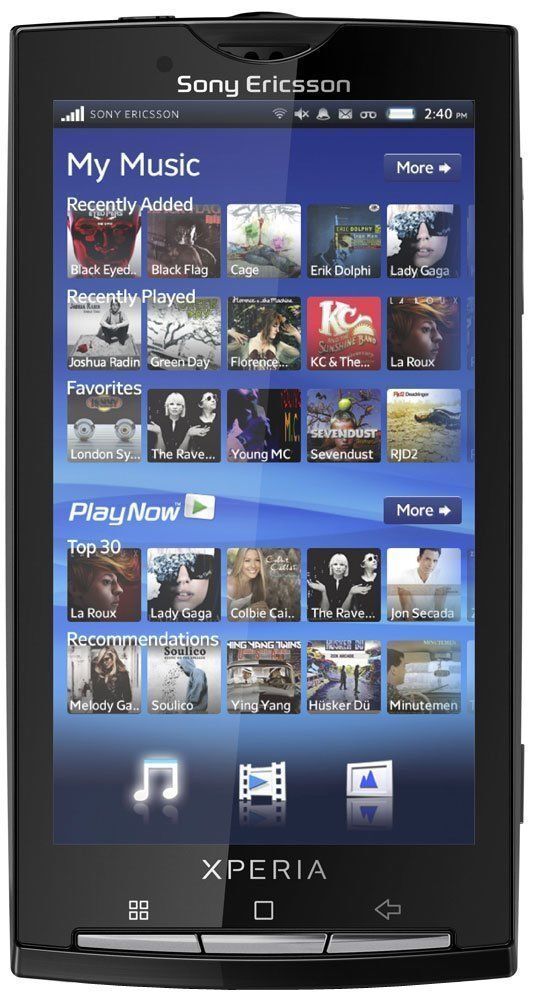 The Sony Xperia X10 requires a single, regular SIM card. It can be connected to the Internet and other devices. Its connection options are Wi-Fi, 3G, Bluetooth and GPS. The Xperia 10 also includes a compass, proximity sensor and accelerometer. The phone has a standard headphone jack and micro-USB port.

With a 1GHz Qualcomm Snapdragon QSD8250 processor with 384MB of RAM, the Sony Xperia X10 was a high-spec phone in its day. The phone offers 1GB of internal storage and this is easily expanded to 32GB by inserting a microSD card.

The Sony Xperia X10 lacks the functionality of a front facing camera, but includes an 8.1-megapixel primary camera on the rear, which is capable of shooting HD 720p video at 30 frames per second.

The camera includes autofocus, a flash and digital zoom. It also includes an innovative smart face recognition system, which recognises people faces, both when taking pictures and in pictures stored in the phones memory. If you name a person in a photo, the Sony Xperia X10 can recognise the person you named when it sees them in other photos. By touching their face, you can quickly access their contact details.

Sony smartphones run Googles Android operating system. These phones are powered by a 1500mAh battery, which is removable and can easily be replaced if necessary. A Sony Xperia X10 battery can be kept as a spare and inserted when your current battery runs out of charge.