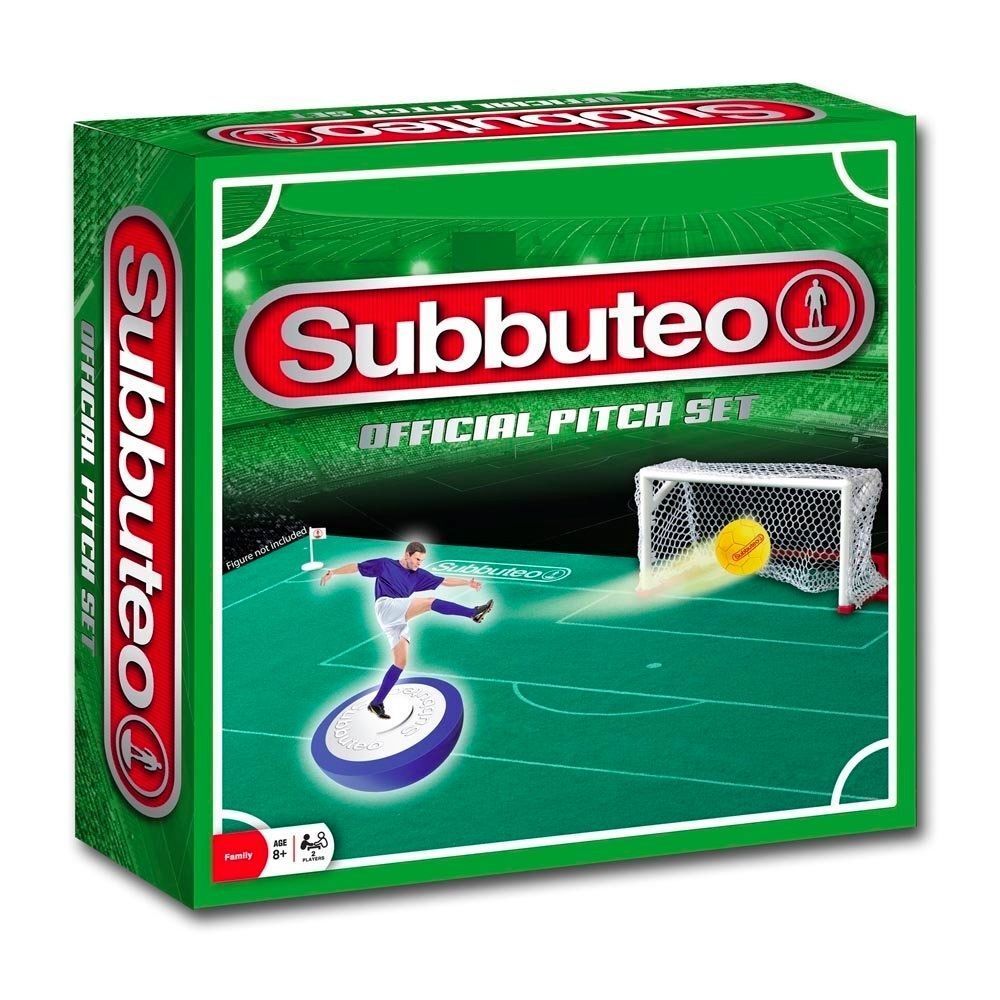 Subbuteo is a tabletop sports game devised by Peter Adolph in the 1940s. It is most well known as a football game, however, other sports were recreated by Subbuteo. These included rugby, cricket and a selection of racing games.

Most football sets consist of two teams, a pitch and goals, however, you can buy full sets of international and league teams to personalise your Subbuteo experience.

In 1983 Subbuteo was taken over by Waddingtons, who produced the sets until 1995 when Subbuteo was acquired by Hasbro.

Although the football game remains fairly unchanged, the players have altered slightly and moved between manufacturers. Initially, the players were made of cardboard and later celluloid. Both versions were flat and two-dimensional.

Next came the lightweight figures in 1981. They were more detailed but thinner than the old heavyweights. In 2005 the game re-introduced the two-dimensional figures but returned to three-dimensional ones when it was relaunched in 2012.

As well as personalising your set with different league and international teams, you can buy add-ons and accessories like stands, advertising hoardings and floodlighting pylons. You can also add crowd barriers, photographers and a subs and managers bench.

To enhance the gameplay, look out for specially designed players who can take free kicks or perform throw-ins. There are even Subbuteo brand ball boys and mounted police in their Stadium Services set.

Although most people think of football when they hear the name Subbuteo, they also produced tabletop versions of other popular sports. Most well known of these are their rugby and cricket sets, however, there were also Subbuteo racing games (like speedway, horse racing and motor racing), as well as snooker, hockey and angling.