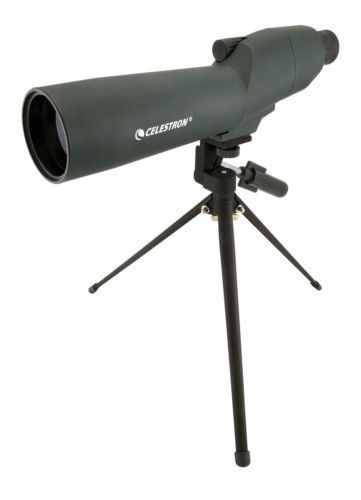 Telescopes give us a window into space, allowing us to view stars and distant galaxies. The first telescope dates back to the seventeenth century, and almost everything we know about space has been observed through the humble telescope ever since.

Whether youd like to view the night sky from your home or are looking for a more advanced telescope, youll find thousands of options to choose from. Telescopes are simple to setup and use and can be enjoyed by people of all ages with a keen interest in astronomy.

New and used telescopes are available from popular brands, including BRESSER, Celestron, Sky Watcher, National Geographic and BAADER. Depending on how far youd like to see, magnification ranges from less than 20x to over 100x, and apertures from 25mm to 305mm.

Telescopes are often sold with and without mounts; if youd like a mount with your telescope, choose between equatorial, dovetail, cradle, skyview and double fork.

There are three main types of optical telescope; catadioptric, reflector and refractor.

Catadioptric telescopes use a combination of mirrors and lenses to form an image. This type of telescope is highly versatile and can be used for lunar, planetary and deep space observing.

Reflecting telescopes form an image using a mirror rather than a lens. Their design places the eyepiece at the side of the device and can be used to view large diameter objects. This type of telescope can be used for studying deep sky objects including star clusters and remote galaxies.

This type of telescope is the most common and is widely regarded as the easiest telescope to use, due to its similarities with binoculars. Refractor telescope designs place the eyepiece at bottom of the telescope and rely on lenses rather than mirrors to form an image.