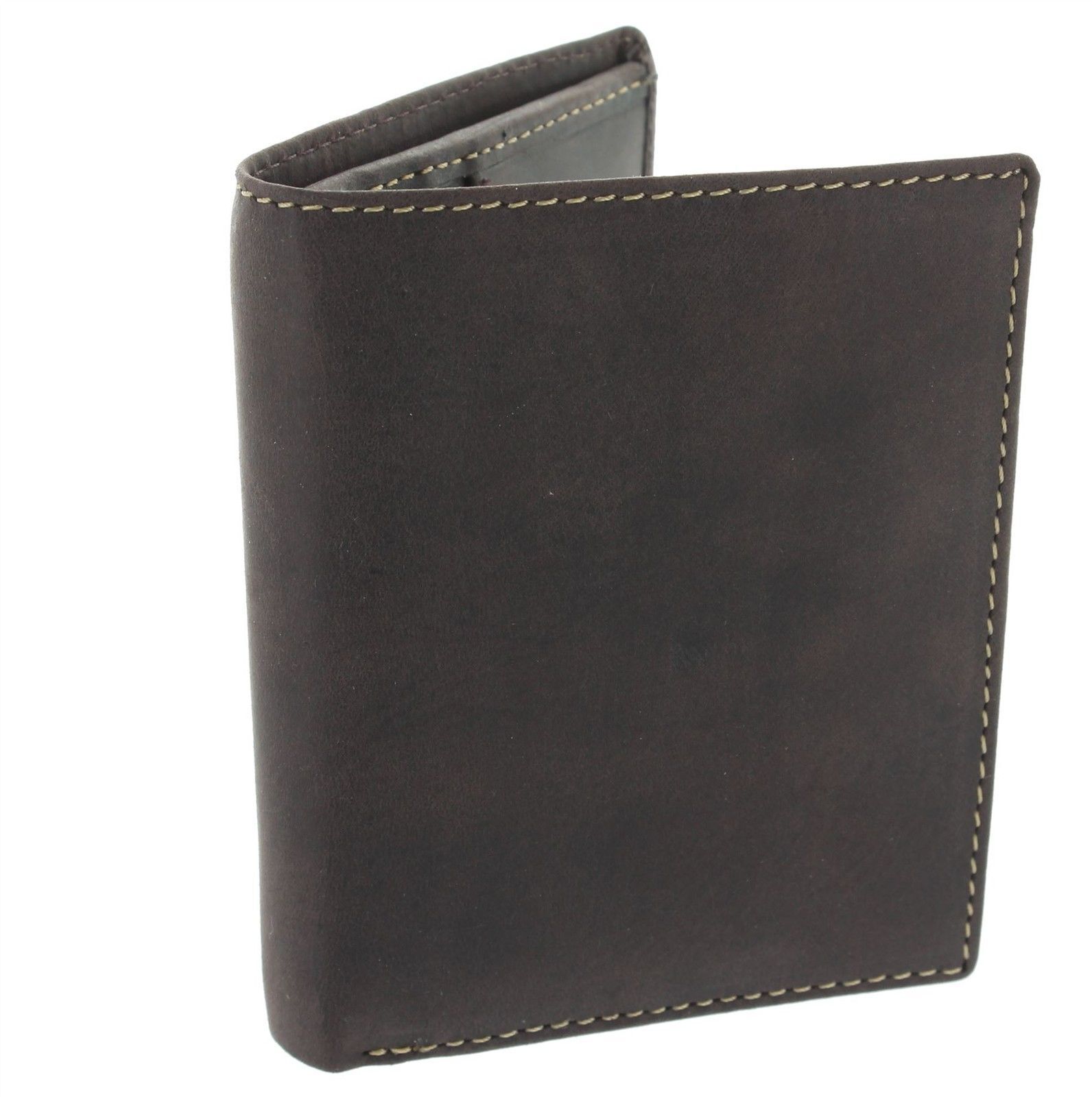 All Visconti mens wallets are manufactured to the highest standard. Using premium real leather and the perfect combination of durable, practical and affordable designs, Visconti has developed their range of eye catching wallets with over 15 years of experience in high quality leather manufacturing.

For the ultimate convenient wallet which fits in your pocket, Visconti bifold wallets generally feature a main compartment for notes and multiple card slots for your driving licence, credit cards and debit cards. These have a single fold, and can often feature a zip for a secure closure.

Visconti mens trifold wallets are similar to bifold designs, except the leather folds twice and usually contains card slots in each of the three sections of the wallet.

If you carry lots of loose change, Visconti Visconti mens coin wallets let you carry it in style, with a small zipped pouch providing the perfect place to store your money.

Visconti ID wallets range from small single sided leather wallets with space for up to three cards, to large folding wallets that are big enough to fit a passport.

Nearly all Visconti mens wallet designs feature a photo holder with a transparent window that can fit a picture of your family or your driving licence for easy viewing. The majority of Visconti wallets come in the classic black or brown hues, other brighter colours are available.

Sizes can also vary greatly, from the small and sleek which tuck easily into a pocket, to the large more generalised wallets used to store documents as well as cards.

Many Visconti wallets are available with features such as a wrist strap or additional card holders, all of which feature Viscontis logo either on the front of on the inside.

While modern Visconti mens wallets are made from leather, faux leather or canvas, early wallets were made from cow or horse leather, and allowed men to carry cash.