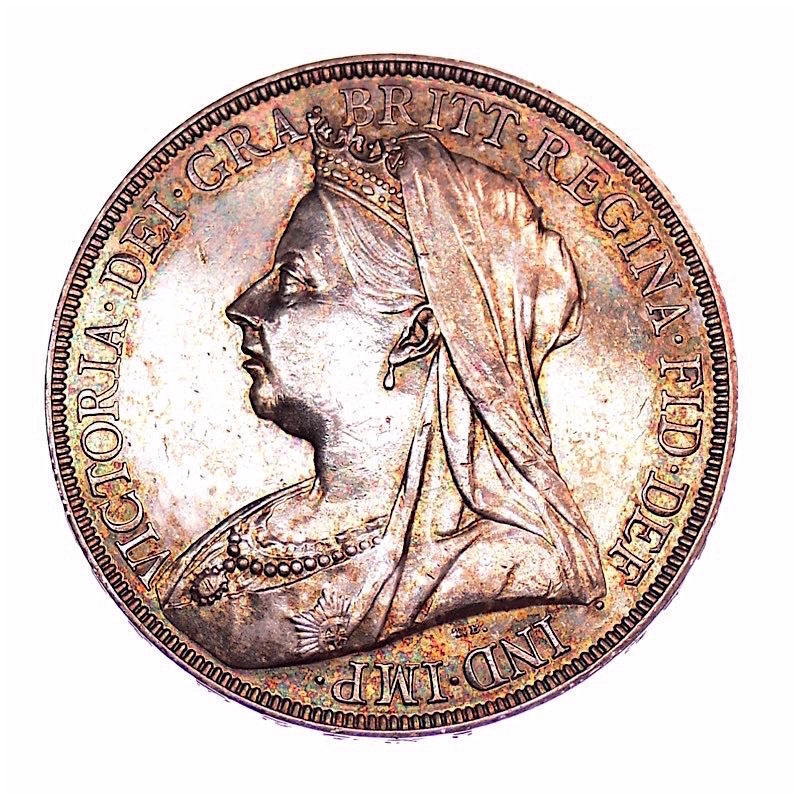 The reign of Queen Victoria was the longest in British history, dating from 1837 to 1901 and during that time crowns were minted for many commemorative events. The Victorian Crown is a large coin, traditionally cast in silver, with a picture of the monarch on one face (the head) and St George the dragon slayer, the Royal crest or cruciform shields on the other (the tail).

The Gothic Crown was minted in 1847 and again in 1853 purely as a proof edition. It is widely considered to be the most beautiful coin ever produced and is a mainstay of many coin collections from this era. It shows a large bust of Queen Victoria, crowned and with a long hair braid. Her dress is richly embroidered with roses, shamrocks and thistles and the skill of the engraver is evident in the fine detail.

The engraver was William Wyon and his initials, W.W, are engraved just below Victorias shoulder. The rear face of the coin shows crowned cruciform shields, two of which bear the 3 lions of England, one the rearing lion of Scotland and the other a harp, for Ireland. In the angles between the shields are roses, shamrocks and thistles.

Many Victorian crowns, due to their size and weight, were not really intended to be used as currency but were minted mainly for commemoration. As a result, the circulation was not extensive and they can be hard to find. The value is determined by the condition and the age of the coin. Coins showing considerable wear and tear have very little monetary value but may still present a nice addition to a collection. Crown coins that have good definition in the engraving, are free of scratches and worn areas or are new and were uncirculated present the highest values.