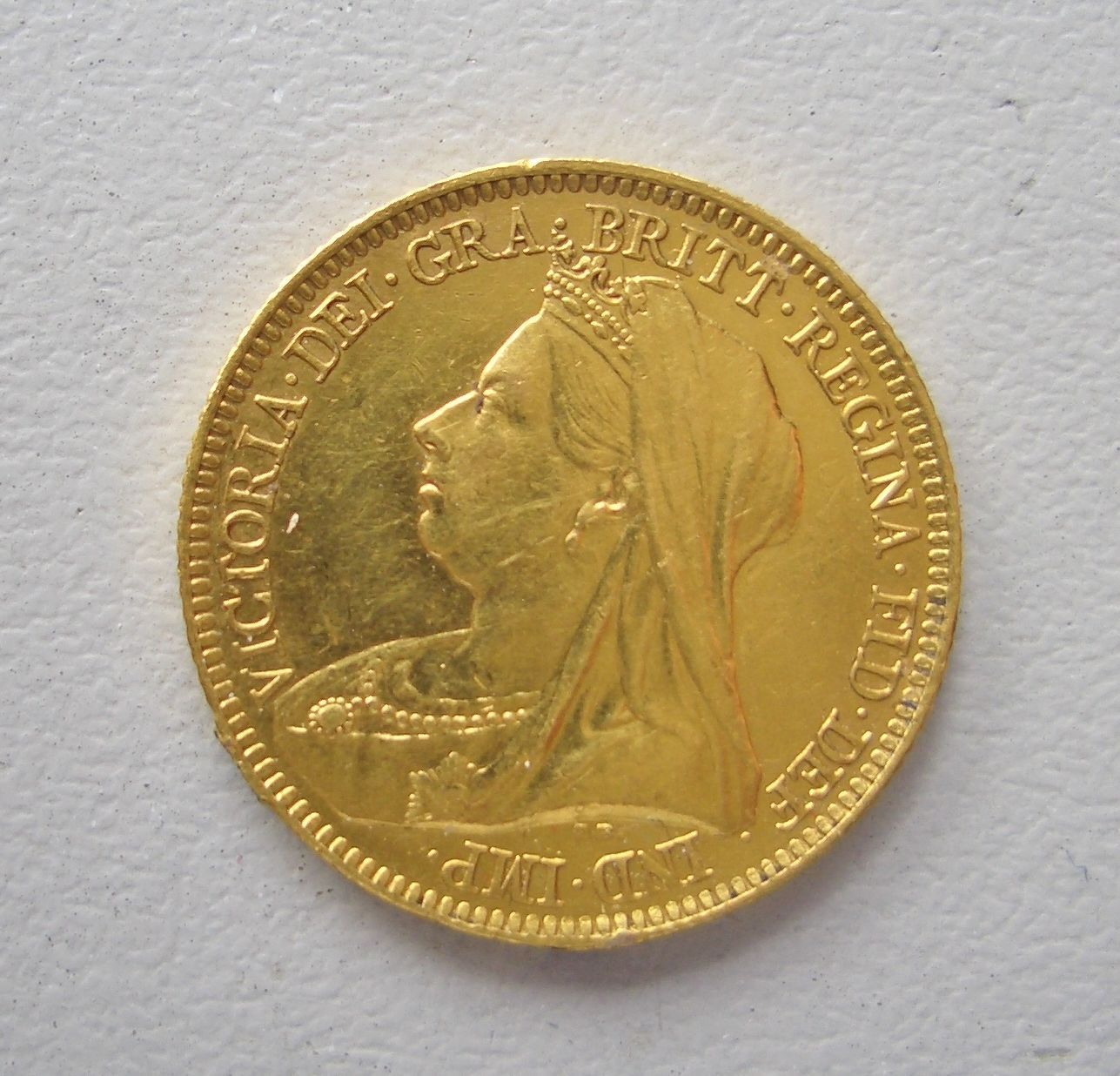 Invest in a little history with Victoria half-sovereign coins from 1837-1901, whether youre looking for pieces from the beginning or the end of Queen Victorias reign.

Half-sovereigns from Victorias era are plentiful as many were released. Most of the designs released were Shield designs but some of the later coins featured St George on the reverse.

Half-sovereign coins had a face value of half of a pound. They are legal tender, however, as they are 22-carat gold and contain 3.66g of fine gold, they are worth much more than their face value depending on the current gold spot price.

Some of the rarest half-sovereigns include the Queen Victoria Shields from 1854 and 1871. A new Victoria shield coin was issued every year between 1838 and 1887, excluding the years 1840, 1867 and 1876. Although the full sovereign coins from these years are easy to come by, it is very rare to find a half-sovereign.

Another rare half-sovereign is the 1893 Victoria Old Head. The term old head refers to the fact that this coin was produced late on in Victorias reign, meaning that the head on the coin was an older version of herself. This Old Head is veiled with the tiara at the front.

Any half-sovereign coins produced after 1837 have a dual status as British legal tender and gold bullion, making them a great investment. They are exempt from VAT and Capital Gains Tax, so if you decide to sell your coins, you wont be taxed on the profit.