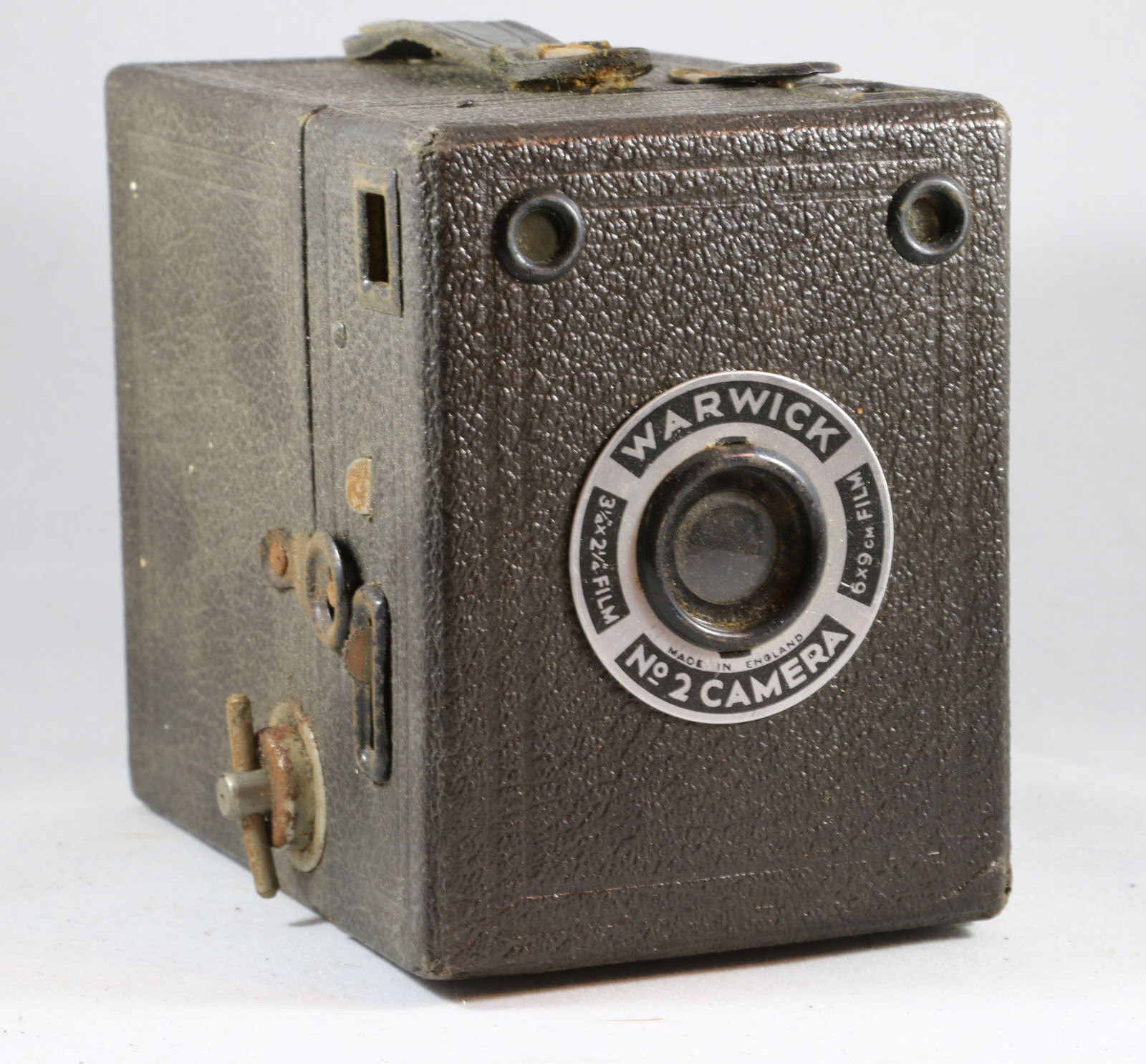 Introduced in the 1820s, Box Cameras offered only the most basic form of image recording technology; a rectangular box with a fixed focus lens at one end and a roll of film at the other.

They offered little to no control over focus or shutter speed and were best used outdoors, in good light, with the subject not too far away; however, it was this very simplicity that started a trend. They were affordable enough to introduce thousands of people to the concept of photography. The boxes were originally made of wood or metal, but later versions saw the introduction of leather finishing or bakelite plastic.

If you know exactly what you are looking for, you can shop by brand, but if not, with so many different styles and brands being offered, you will find a satisfying range of options.

Between 1820 and 1870, box cameras included single plate exposures, meaning that the negative had to be replaced each time or that the negatives dropped into the camera body in succession and the stack was removed when full. Kodak introduced the first film roll in 1870, making continuous photography easier and more convenient. It is unusual to find single plate exposure cameras in good condition due to their age, but Kodak Brownies and other brands/models from the early 1900s are in good supply.

Early box camera models had no built-in flash, instead, the flash was an attachment consisting of a bulb with a back shade that could be triggered manually to light up the subject. You can purchase your box camera with a manual flashbulb, or you may be able to find one listed separately.

For experienced photographers, the challenge of using a camera with no automatic focus and only a manual flash is attractive. Whilst in modern day photography the camera does everything for you, being able to take a good photograph with a vintage box camera takes skill, making working models highly desirable to serious photography enthusiasts.