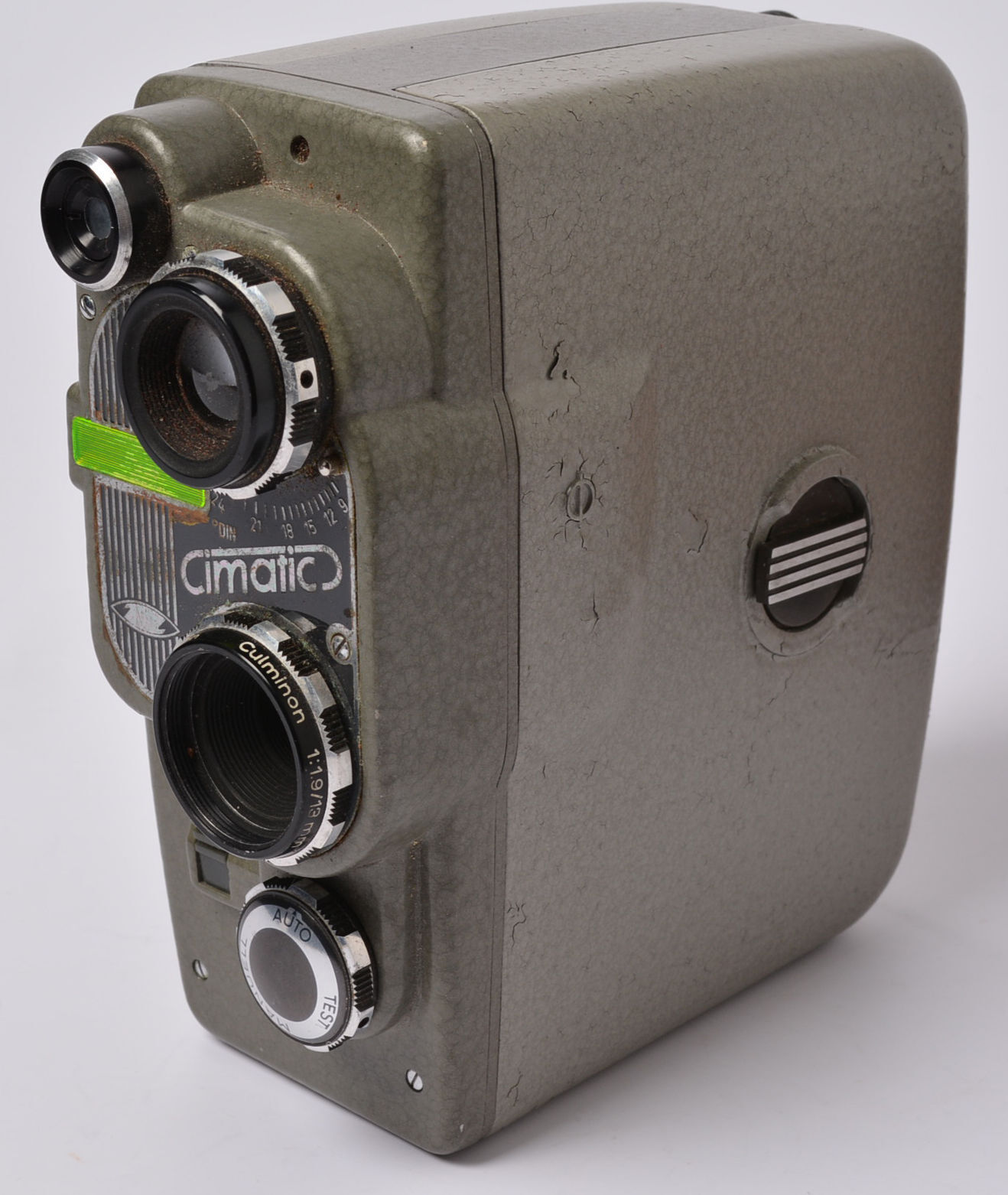 The vintage movie camera took a rapid series of photographs on a film, or image sensor, via an intermittent mechanism. Each image is a frame which are then played back through a movie project at a set speed, known as the frame rate. As the film is viewed at the specified frame rate, the viewers eye merges the images together, creating the illusion of a motion picture. The standard frame rate was 24 frames per second.

Exposure is controlled using an iris aperture on the lens. Multiple video cameras could be placed next to each other in order to film a single angle of a scene and then repeated. It is played back simultaneously, using either a single 3-image screen or on multiple screens that form a circle.

Vintage movie cameras have a variety of different features. The basic vintage movie camera model could have three or four lenses, a single fixed aperture and focus lens. The viewfinder was located on top or inside the camera with parallel sight.

The Super 8 film camera was designed to be easy to use, featuring manual and autofocus and optical zoom, a time-lapse intervalometer, a variable guillotine shutter, single frame mode for stop-motion, macro capability and a range of frame rates. Some models also include a manual remote.

Vintage movie cameras used 25ft and 50ft reels of 8mm and 16mm film via a clockwork motor that needed winding every 40 seconds. After approximately 2 minutes of filming, the reels had to be flipped to expose the other half of the film.

Super 8 vintage movie cameras and cartridge film are available to purchase to shoot a home movie film. Kodak have developed a more modern Super 8 movie camera that is pocket-sized, easy to use and much lighter than the original.

Some well-known names in vintage home movie cameras include Kodak, Bolex and Bell & Howell . 8mm and Super 8 cameras were produced later and were the forerunner to the modern video-based cameras and camcorders.